Here's a list of all the songs removed from Grand Theft Auto: The Trilogy’ on GTA's radio stations' tracklist. 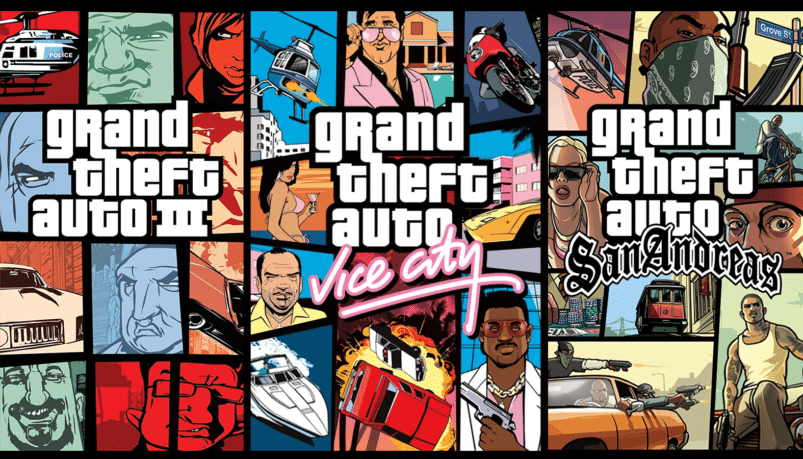 When Grand Theft Auto: The Trilogy – Definitive Edition was announced, we wondered if the radio stations would feature all the original songs. It’s already happened with Grand Theft Auto 4, so what will happen to the older games?

Rockstar has confirmed that some of the music in Grand Theft Auto: The Trilogy – Definitive Edition’s soundtrack will be missing. Among the artists who will not be returning are Michael Jackson, Ozzy Osbourne, and Kate Bush. The radio stations in Grand Theft Auto seem like an essential part of the series, but the sound department had to fight for their inclusion in the first game.

A statement from Rockstar confirms that the “most recent release” of GTA Trilogy will feature all of the same radio stations. According to Rockstar, Grand Theft Auto: The Trilogy – The Definitive Edition’s iconic listings match the most recent release (from 2014) of the original versions, with no new additions.

A total of 200 songs will be included in the game, spread out over 29 radio stations. Original GTA 3 soundtrack songs are included in this remastered collection, but songs from the original Vice City and San Andreas playlist are not included.

It’s unfortunate that many of the original tracks featured in these games have been removed over time due to licensing issues. There is no definitive version of these games’ soundtracks if you are playing Grand Theft Auto: The Trilogy – The Definitive Edition. GTA games have a long history of omitting songs from their “definitive” editions, so this isn’t a new problem for the franchise.

In the Definitive Edition, songs that were already missing from the mobile ports are still missing. It all began in 2012, when Vice City was released on mobile devices. Later, the same cuts were made to PC players through a patch, and when the game was ported to PlayStation 3 and PlayStation 4, these tracks were still missing. Similarly, San Andreas lost songs when it was ported to mobile.

But in Grand Theft Auto III – The Definitive Edition, no songs have been omitted. You’ll be listening to the GTA III soundtrack exactly as it sounded in 2001 when the game first came out.

New visual and gameplay enhancements have been added to the classic Grand Theft Auto games Grand Theft Auto III, GTA: Vice City, and GTA: San Andreas in the Definitive Edition. These games’ soundtracks are unquestionably some of their best features, as any fan will tell you. Vice City and San Andreas, on the other hand, feature some of the most popular ’80s and ’90s hits from the eras of their respective eras.

GTA: San Andreas’ previous re-release had removed Critical Beatdown from the soundtrack, so at least one track has made its way back into the game. Rockstar has stated that “in addition to higher quality audio at 16bit 44hrz for all the source music from the stations as well as original ambient effects, players will also be able to experience the game in 5.1 Surround Sound” for the songs that remain.