Gundam Exia and Marasai [UC] have been added to the game 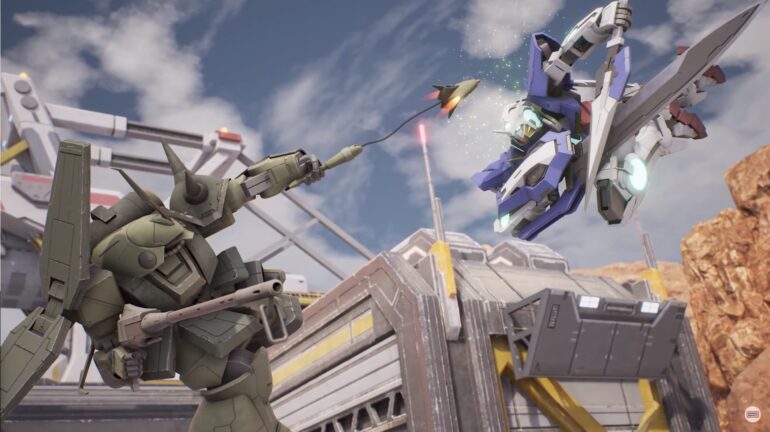 Gundam Evolution, the Gundam franchise’s first ever free-to-play hero shooter, will be starting its PC Network Test later today. Additionally, Gundam Exia and Marasai [UC] have been added to the roster of playable mobile suits.

At what time does the Gundam Evolution playtest start?

How to join the Network Test

Fans eager to suit up and hit the battlefield in their favorite mechas, including Gundam Exia and Marasai [UC], you can register for the PC Network Test by visiting the Gundam Evolution Steam page and clicking on “Request Access” under “Join the Gundam Evolution Playtest” to apply.

Developed by Anaheim Electronics, Marasai [UC] was deployed by the Titans during the Gryps Conflict, and was later by Neo Zeon Remnants. Equipped with the powerful Fedayeen Rifle, the mobile suit excels at mid-range combat and is capable of stunning enemy units with the use of the high-voltage Sea Snake.

One of the four Gundams used by Celestial Being to end war through armed intervention, Gundam Exia was developed to excel in melee combat under any conditions. The mobile suit is equipped with an arsenal of GN technology and possesses high maneuverability to dodge incoming attacks or quickly close in on enemy units.

How to Unlock Gundam Exia and Marasai [UC]

Gundam Exia and Marasai [UC] are unlockable in the PC-CNT using CP aka “Capital Points” that can be earned during gameplay. It should be noted that both units are not default playable mobile suits.

Gundam Evolution is a free-to-play, team-based first-person shooter featuring 6v6 PVP combat, and presents a unique set of challenges that will require teams to craft and execute formidable offensive and defensive strategies to emerge victorious.

The game will officially launch on PS4, PS5, Xbox One, Xbox Series X|S, and PC (via Steam) sometime in 2022. For more information about Gundam Evolution, please visit the official website at GUNDAMEVOLUTION.COM,