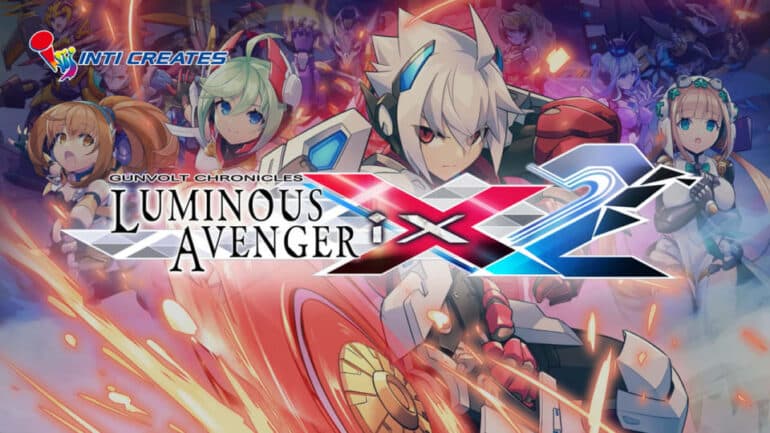 Released late January, Gunvolt Chronicles Luminous Avenger iX 2 (Pronounced as Icks.) is the sequel to the phenomenal previous entry and it never lets up on the action, story, and music.

Set sometime after the end of the previous entry, Copen is now investigating a mysterious Blaster Rifle that he had found, tinkering with it in his lab as his robot pod-like assistant Lola is talking with Kohaku, the girl they met and helped out during the course of the previous game.

After a bit of checking, a portal opened and sucked them to a parallel world where humanity has gone completely extinct, leaving only robots behind, and they found a mysterious Tower in the middle of the desert where one mysterious robot was left to decay, before absorbing data from Copen and transforming, a strange mimicry of his setup from the first game of the entire series.

First off, let me talk about the changes from the previous game. The fast-paced action is still there, however it’s been toned down a bit but racking up the points has been made easier, like being able to keep your Kudos point count and multipliers, which can still be cashed in when you use the Finisher, heal yourself, or get in contact with one of the four checkpoints per stage. The Anthem Mode is still present in this game, but it feels to be a bit harder than before to actually be able to attain it, having only stumbled to it only once during my playthrough on Normal Mode.

There are 10 stages overall which have their own set of Bonus Emblems that count for completion and overall end score which gives you more currency to upgrade yourself with aside from helping you on the path to unlocking Hard Mode which hides the True Ending aside from the standard one you get at the end of the Normal Mode.

Finishing with a sufficiently-high score and low time would net you the hard-to-earn X rank with A, B, and C as lower ranks, while the time aspect of running a stage has a star-based ranking with 3 as the highest, netting you the key 1.5x multiplier for your overall score and with a certain in-game upgrade could net you even more currency to complete upgrades for later playthroughs.

The first thing you’d note is the quick-loss of Kudos points when you’re hit, reminiscent of earlier titles such as the first GunVolt title or Mighty GunVolt, the 8bit spinoff series.

Second thing you’d notice is that you won’t level up or gain a longer life bar, EVER.

Third, and the one you should pay the most attention to, are the bosses. Their patters are altered to the point that you have to be pretty frame-specific and have great timing on dodging their attacks and have a good read on their patterns and tells on what attacks they might do in order to keep your Kudos high and running, promising a very challenging run that is not impossible but demands concentration and precise focus.

The soundtrack is PHENOMENAL. From the starting boss battle to the stage select theme and especially the insert songs, the soundtrack is tailor-made to suit the situation, and as you progress through the game and unlock more and more songs through reaching 1000 Kudos and beyond, cashing in at the right time to make the most of the points you’ve earned. All in all, the insert songs alone got me salivating for the inevitable release of Lola’s new album with all of them in it.

Overall, Gunvolt Chronicles Luminous Avenger iX 2 is a great sequel with a difficult yet decent challenge offered to players both casual and seasoned players will love to experience. The new mechanics might add to the learning climb, but it all falls into place well considering the challenge throughout the game.

4.8 stars, complete it, and conquer Hard Mode. The True Ending is worth it. 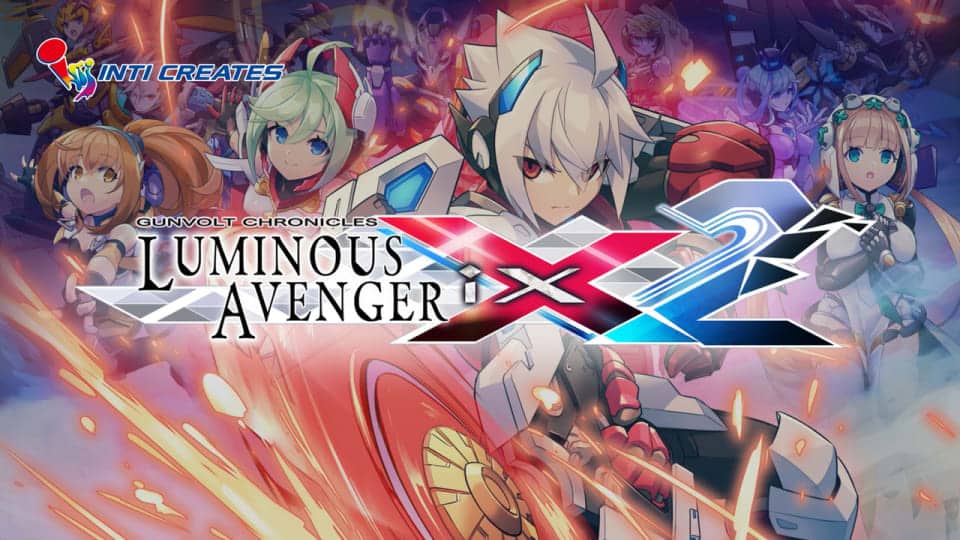 Gunvolt Chronicles Luminous Avenger iX 2 – Review
Score Definition
When the issues of a game are rolled and stomped by its greatness, then it’s something to invest on if you have some spare.
Pros
The Insert Songs. Each and EVERY one of them.
Extra Prize is a good early skill to unlock.
Cons
Hard Mode's re-learning curve.
The Bullits system is gone.
8.5
Great