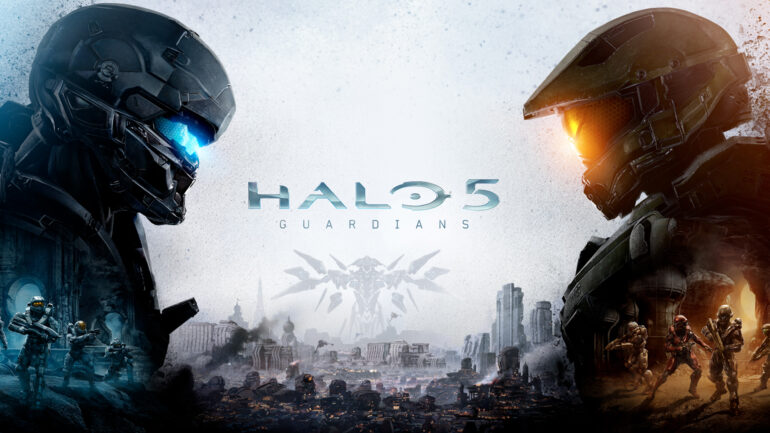 The Halo series has always been one of the biggest reasons to buy an Xbox console from the original, Xbox 360 and now the Xbox One. Halo 5: Guardians is the second game made by 343 Industries, while Halo 4 was a massive success it fell into obscurity rather quickly with its multiplayer base never really taking off all too well. Now, with Halo 5, 343 Industries has promised a great single player experience along with the biggest and most engaging multiplayer experience the series has ever had.

Halo 5, takes place roughly 18 months after the events of Halo 4, you play as Master Chief but the main character of this game is Spartan Locke. Locke is the leader of fireteam Osiris and in charge of rescuing Catherine Halsey, who has been kidnapped. Once you have the doctor safely back, it seems that planets are experiencing world ending catastrophes and no one knows why. It appears that Master Chief has gone rogue along with his team and have been sighted at the center point of the catastrophes. Spartan Locke and his team have been order to chase them down and bring them back for questioning. 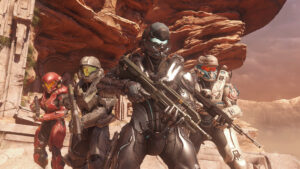 The core gameplay throughout the series has always been kept the same with small new additions from game to game. In Halo 5 this remains the same, you have your classic shooter with tons of guns to use from three different factions with unique features. This time around you have a charge that can be used to stagger enemies or push through a damaged wall; that can also be used in the air for a heavy ground pound. Along with special power ups that can be found throughout the maps that can add an overshield, cloak and other powers. The skulls make their return in Halo 5 as well, they can be found throughout the campaign and each adds a special modifier to the campaign. Intel can be found laying around the campaign and adds more to the backstory of Halo 5 and the expanded universe.

The multiplayer in Halo 5, is where this game does shine. With the introduction of WarZone, a large scale 12 v 12 mode where both teams have to gain points by killing one another, taking hardpoints on the map and defeating AI bosses that spawn randomly. With total customization of your weapons in this mode along with power ups, it can be tons of fun playing with friends or alone. Classic multiplayer modes also return such as team deathmatch, capture the flag, and King of the hill. Two new game modes were also introduced, Strongholds where each team has to capture several “bases” to score points; the first team to score 100 points wins. The other new gamemode is Breakout where two teams of four battle in a small map with a ball in the middle, the objective being to get the ball into your goal while making sure the enemy doesn’t, with only one life per round. 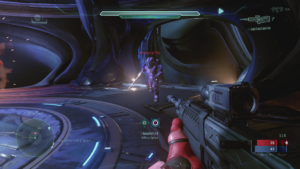 The visuals in this game are some of the best the Xbox One has to offer. Each level is visually catching for its own reasons; whether you are on a planet with rain pouring heavily down on you or in a ship moving through the hallways slowly as you wait for enemies to be found, you can always stop, look around and appreciate the graphics. The CGI cutscenes between the levels are some of the best and it feels like you are watching a AAA movie and not a videogame. The voice acting is top notch, done by some of Hollywood’s best. Each character is voiced so well and moves so fluidly that you can feel their anger, pain, happiness and sorrow when they speak. That is something that the Halo series has always done well and continues to do well. 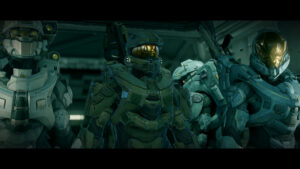 The Halo series has always been one of the biggest franchises since its release and still continues to do the same with Halo 5. From its story to its multiplayer it does everything with greatness and with constant updates for multiplayer all added free of charge to its community that continues to grow everyday. With Halo Wars 2 and Halo 6 on their way, there is no stopping this series in the near future.

This review is based on a copy purchased by the reviewer.