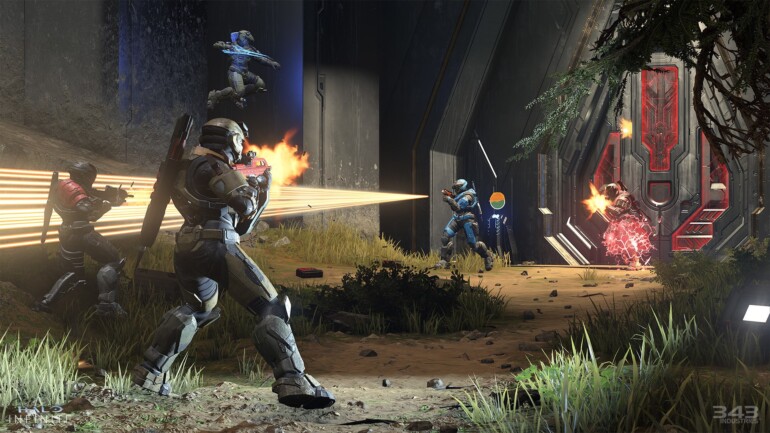 343 Industries Head of Creative Joseph Staten has recently confirmed in an interview that Halo Infinite Multiplayer will get more weapons as time passes by.

Media outlet Game Informer recently did a quick-fire interview with Staten talking about anything related to Halo Infinite and one of the things he shared was about its multiplayer mode. He then confirmed that aside from the ones that are already available on multiplayer beta, more weapons will be added at a later time as the game mode progresses.

Staten was asked about the Halo Infinite’s armory and is it already complete, which he replied with a definitive no. It was pretty much clear that there will be more weapons coming just like any other free online multiplayer shooter these days.

The Head of Creative hinted that there will be some secret weapons that will be added to the online multiplayer just like the Scarab gun from Halo 2. However, he did not share which guns will be added. “If I told you, they wouldn’t be secrets now would they?” said Staten.

Staten shared there will be more content later on aside from quick fixes. These will be planned for release season-by-season. The next season, Season 2, should be in May 2022, so expect the multiplayer to have the same content for a long while for now.

Halo Infinite Multiplayer beta is now available on PC, Xbox One, and Xbox Series X/S. The campaign content will be available on December 8, 2021.