Winter Update is upon us and it brings blessings! 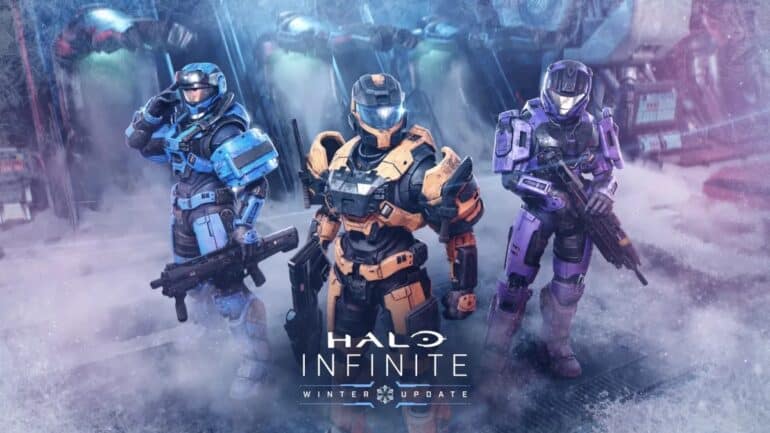 343 Industries has recently released Halo infinite Winter Update which has finally added the most wanted features.

According to the developers, the Halo Infinite Winter Update is the largest feature update to both the game’s campaign and free-to-play multiplayer since its launch on PC and Xbox consoles. After several delays, the features that everyone wanted are finally here, which are Forge Beta, Campaign Network Co-Op, Mission Replay, unlock rewards from the free 30-tier Battle Pass, and a lot more.

Forge is the legendary creation tool for the Halo franchise and it is now back and more powerful than ever. It has a suite of additions and improvements that will empower players with advanced and accessible tools. This is currently the beta version and comes with six canvas maps, a new visual scripting engine, object scaling, bot support, huge budget increases, file sharing capabilities, and a lot more.

There are now two new multiplayer arena maps, which are Argyle and Detachment. These two have been added to the rotation, which was built entirely within Forge. Argyle is a tight, indoor map set within the corridors of a UNSC vessel while Detachment is a UNSC facility that got abandoned and set atop a rocky outcropping. There is a new game mode called Covert One-Flag, which is a unique variant on one-flag CTF. The attacking team will be equipped with Active Camo while the defending team has Threat Sensors.

Up to 4 players can now play together in Halo Infinite campaign with the Campaign Network Co-oP. Crossplay is supported across all Xbox devices and PC. Progress and unlocks will be shared across all players. Players can also replay any missions from the TACMAP with the new Mission Replay feature.

There are now 24 new achievements to unlock. They can be completed solo or with help from others.