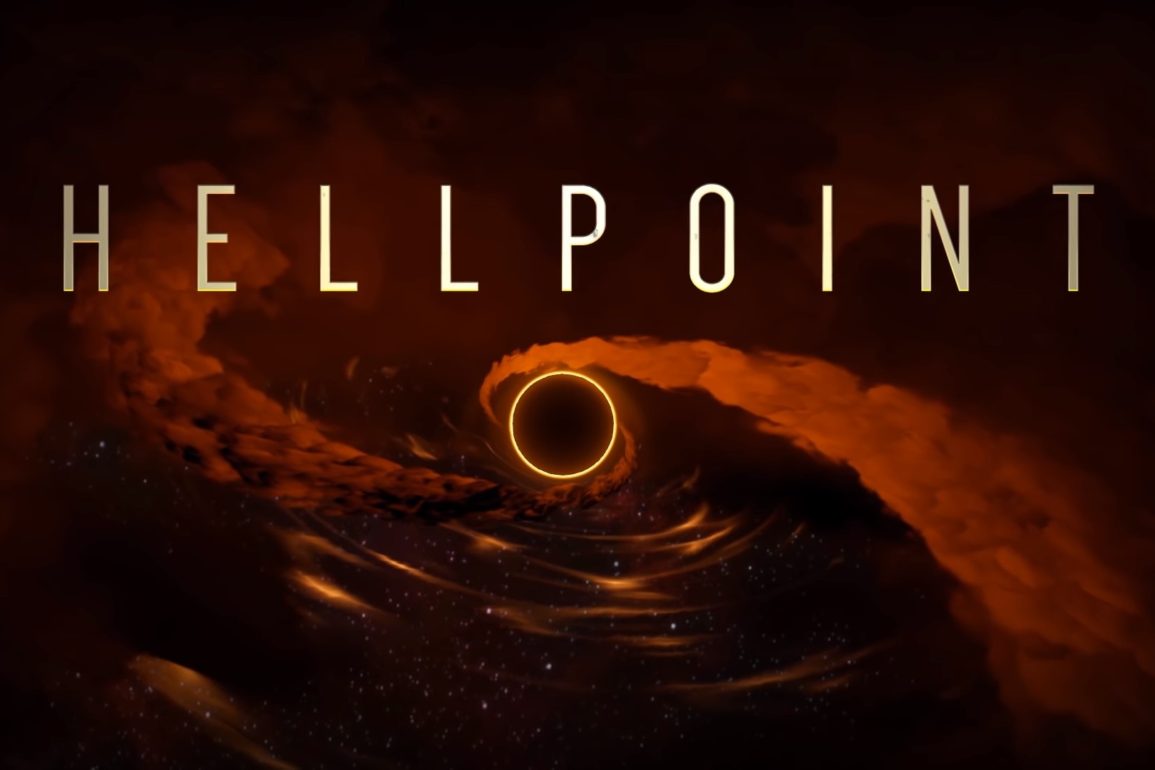 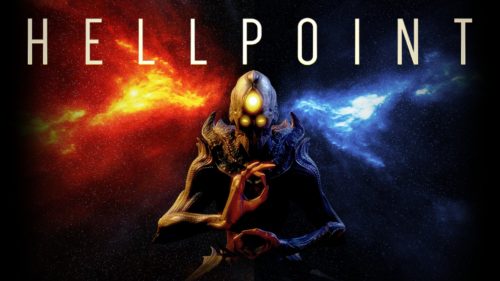 Video games with souls-like gameplay are not for everybody, it takes a lot of practice, patience, and dying to get be entertained or if you get lucky, to unravel the story of the game.

Hellpoint is a nightmare action role-playing game set in a space station called Irid Novo. Reincarnated into a genderless being, with the ability to upgrade oneself to fight gruesome monsters and creatures. You will have to face them and sometimes, God-Like creatures in order to understand further what happened behind the events at the station.

I actually started pretty excited about this seeing the trailer and a few seconds of gameplay. I thought it looked a lot like Dead Space, minus the amazing details of the station and its monsters, but with a little higher difficulty. When I started the game, the excitement was really there until the game just lets you go and explore your first breach. The game offers nothing to teeny weeny storytelling. I would’ve wanted to know more about what happened to humankind or is Earth destroyed? Is the one talking to me, human or God? Why do I need to fight monsters just to understand all of these things?

As you wander about, handprints are scattered all over the world. Green ones are the helpful guide you get on the game since it tells you the combat controls. Most of them are pretty useless, yellow ones will show you a Player Flag that an online player leaves where other players can vote if they look good enough. One more handprint is actually inviting other players to join them in battle with these vicious monsters.

Co-op mode offers a split-screen experience but I really hadn’t experienced that because it does not work. I have read that they have released a patch to make the multiplayer feature working but unfortunately it still a nay for me. Supposedly, approaching the breach and choosing the online option will let you join other players but that button is still grayed out for me. Another option is to invite someone or be invited, and I neither have friends that are playing this that can do that.

Combat style at the beginning is standard, light and heavy attacks are there when you yield melee weapons. Shields can also be equipped that can potentially minimize the hit points of the enemy’s attacks. As you progress, you will have the opportunity to wield or equip range weapons and even magic ones. Gauges are seen on the upper left side of the screen that shows you your health and stamina bar. You have to always watch out at this stamina bar as this is what is spent when you block, sprinting, or dodge an incoming attack.

Depleting this gauge might be a life and death scenario for you. You don’t have a lot of stamina at the start of the gameplay, so better choose carefully what actions you want to do before executing them. Dying is a bitch in games like this. Health gauge is obviously your lifeline and once that empties, your character is deceased and will revive on the nearest beach. You will lose all the axions, in-game currency, that you accumulated and will only be returned to you when you go back to your dead corpse. Aside from running back to your pale-faced body, all the monsters that you killed will respawn at the exact place. It’s quite cumbersome especially when in an area has a crowd of monsters. They will eventually gang up on you and will take advantage of your weak sides. You might get overwhelmed and believe me, there is nothing cowardly in just running away and choosing your own battles.

The game doesn’t tell you shit and you will have to figure everything out for yourself. I got really frustrated with the upgrade system at first because I didn’t understand how to use the breach. I thought it was just some aesthetic crack that will be explained later on. Well, the breach is actually used to upgrade yourself, connect to online gaming, and later on, will be used to travel to locations. Using axions to upgrade your character, it totally depends on your preference. While I was playing The Surge 2 about a year ago, I like using heavy weapons. Thus, bumping the strength build makes sense. But I don’t really recommend that technique on this gameplay.

You will have to scatter your points to other stats like probably Load and Stamina. Load refers to the amount of weight you carry; armors, shields, and weapon weight stacks up. If you have don’t bump this up, then you won’t be able to equip a new piece of armor, shield nor a new weapon. You don’t want to be stuck on an old weapon that won’t even damage high-tiered enemies. Stamina will help a ton on your dodging, jumping, and blocking like what I have explained earlier AND this can be used to combo with your attack skills. The higher the gauge this is, the better chain of combat attacks you get.

Even if the combat skill sounds remarkable, it really isn’t all that. Noticeable delays are felt all throughout the gameplay. That swing of the axe just really makes me anxious because it might or might not hit the enemy! It feels draggy and sticky too. Probably you will tell me it might just need some time or a little more patience to understand how it works or to time it correctly but believe me, that is too much to ask! A game, especially that heavily weighs on battle modes, MUST have this perfectly or close to perfect execution.

This game also offers a wide array of monsters that you need to observe first before jumping at them swaying your cool attacks. Don’t let that zombie-like creature fool you, they can land scratches like nobody’s business and can at times equip themselves with shield and damn! they can block your attacks. What do you know? A zombie with a brain! Nevertheless, when you walk into a room make sure that you look in every corner since these monsters can very camouflage into the wall. Sometimes you get to meet more beast-like creatures like chimeras, gargantuan, and a fish-bird-like creature. Beware that sentient knight monsters and floating specters will fly you to kingdom come if with just one hit if you don’t have the correct stats. Also, if you die – somewhere on that maze, there is a copycat of you that will kill you to death if you are not careful.

I like the fact that the locations are like mazes, you may have the option to go straight to your goal but you could miss out on an important item if you don’t look at other corners of the room. Do not worry if you can’t fight that guarding monster yet, just lure them out and RUN! There are also axions that you can pick up along the way and it is interesting when you discover shortcuts or treasure-filled rooms when exploring. I find it extra challenging when all the floors are multi-tiered. You will never know what monsters to expect and you keep asking yourself if what you have will be enough to destroy this monster or vice versa will happen.

Overall, I like how the character looks like the Hellraiser and the aesthetic changing when you change armor sets. I love the design locations that screams nightmare in space. I don’t appreciate the sound effects, in the long run, there is not much variety in them. It’s just pure ghoul-vomiting-sounds playing every time. Weapon variety and stat upgrades are okay even though the game doesn’t really tell you much which can be a pain in the ass, not just on the guides but the story as well. It just really fell flat where it should’ve shined brightly – combat mode. I wasn’t confident in its reaction time as it was tedious and frustrating. 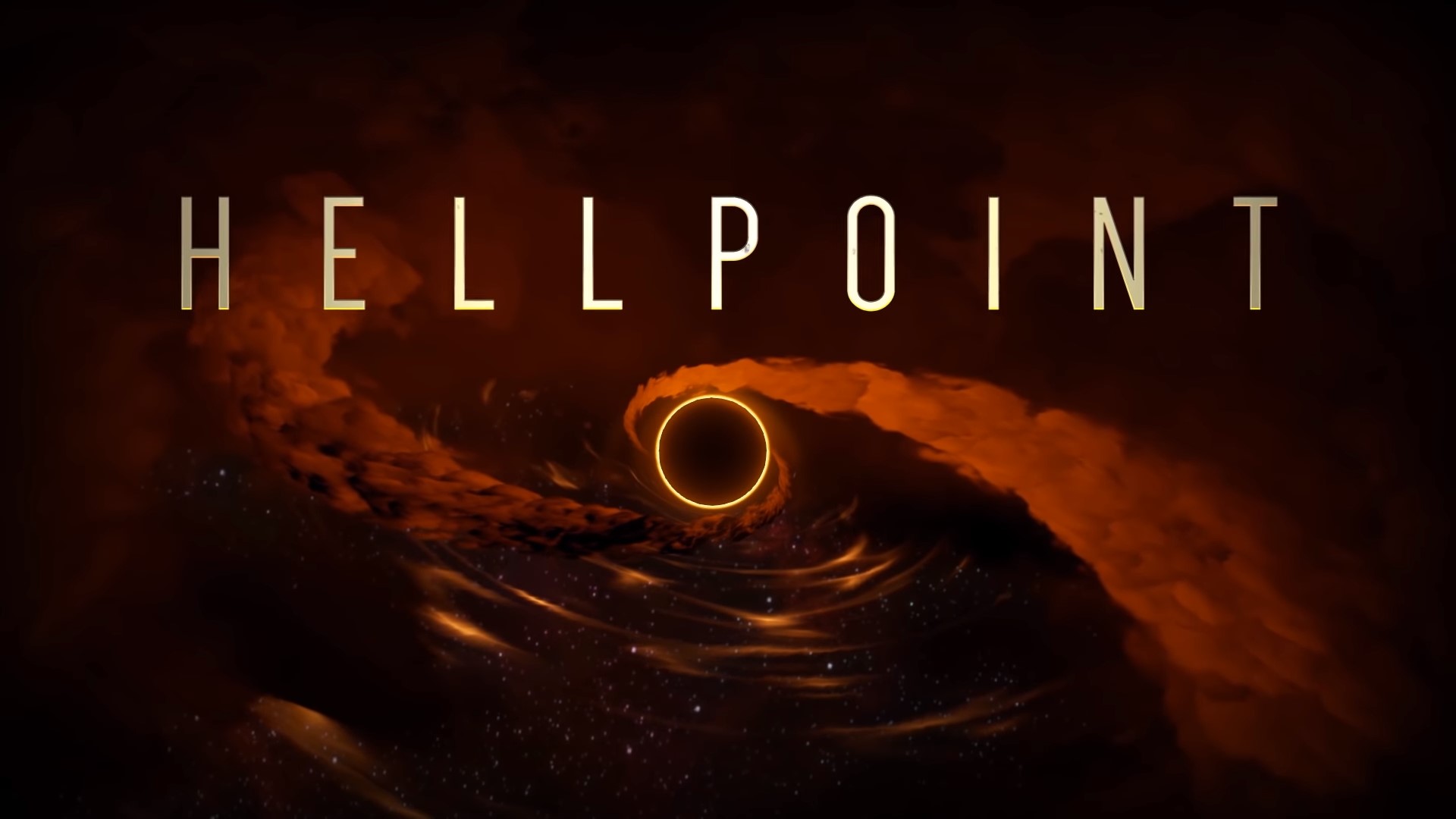 Hellpoint – Review
Score Definition
You better have to choose if it’s worth spending your spare cash, because it might not be the game for you and it might be for others.
Pros
Horrific Ghouls in Space
Mazes, Secret Rooms and Hidden Paths
Variety of Weapon Selection
Cons
No Photo Mode
Terrible Combat Controls
Multiplayer Functionality Not Working
Confusing Story-line
6.5
Justified