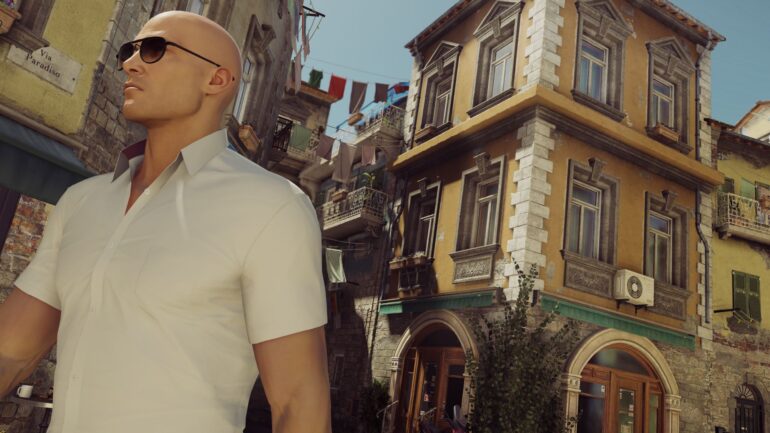 Taking off from Paris and going to the town in Italy – Sapienza, Agent 47 needs to get into this huge town to take down the most notorious people who are in the verge of creating a virus that will unleash havoc in the world. The game actually starts with Agent 47 sitting on a bench with a newspaper to blend among Sapienza’s townspeople in that crisp Italian white shirt. Will the experience be more similar to what Episode 1: Paris offered (read my review here) or would Episode 2: Sapienza better than the first? Let’s find out…

Going over the place, with a lot of variety in the town like its people, crowd, stores, and places to explore makes this episode far better and bigger than traversing through a mansion with only a few types of crowd/group. There are stores where you can visit. Even if it’s just one particular “store”, exploring its area especially in the restricted access portion of the store can already compromise your disguise. People in the town wouldn’t care if you’re roaming around Sapienza with a gun while in a police outfit, unless you’re in an outfit outside the law… they’ll definitely react to that at least. 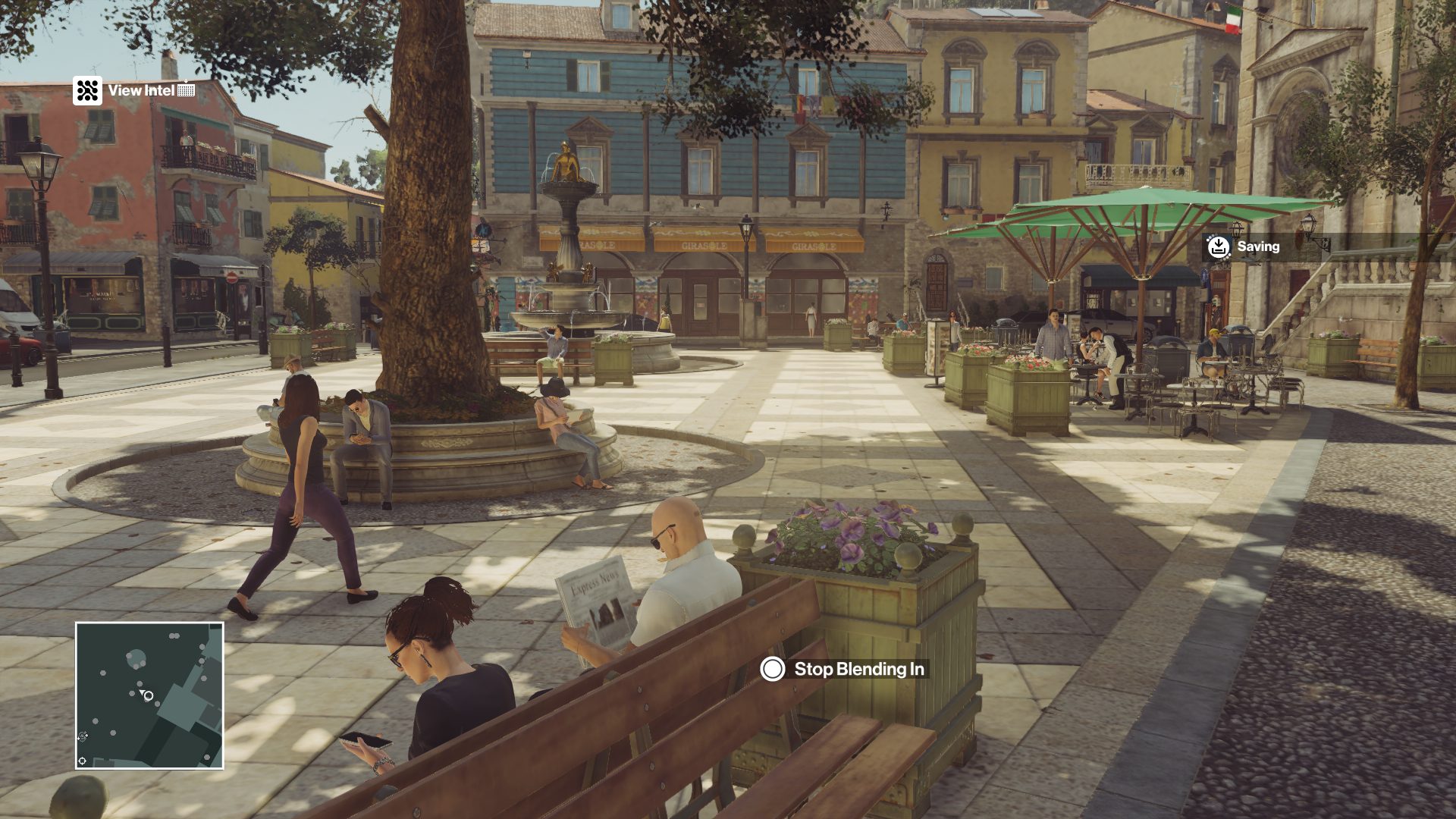 Aside from the AI reacting to what you wear, there is this one thing that didn’t improve – its predictable pattern. It makes the game easier even on the most challenging places like the underground laboratory with a lot of professional scientists and guards that can notice you as not part of their list of employees. Not to mention that effortless assassination in the small mansion, with too many guards, housekeepers, and kitchen workers that goes around with a certain pattern. There was one time when I had to take out that detective where I was caught subduing him in an isolated area by one specific NPC. I had to play the game several times and did the same thing, apparently the same NPC shows up every moment I kill the detective.

Even with the game’s lack of AI improvement, its humongous area with many places to explore makes a lot of things possible which makes this episode better than the first one. The strategy and style comes in when those “Opportunities” become available in certain areas in Sapienza. It can be that you disguise yourself as a popular chef or a flower delivery guy to infiltrate the restricted area. The satisfying accomplishment when you execute the whole strategy properly makes this episode fun. I just love how you can kill two targets by throwing a gas tank into the fireplace from the attic, or the different ways of killing each of the targets with an explosive golf ball or by obliterating one of them with an antique canon from afar. These improved and fun new “Opportunities” and how you can actually execute these styles in the game make Episode 2: Sapienza really interesting. Put a corpse in a flower shredder… anyone? 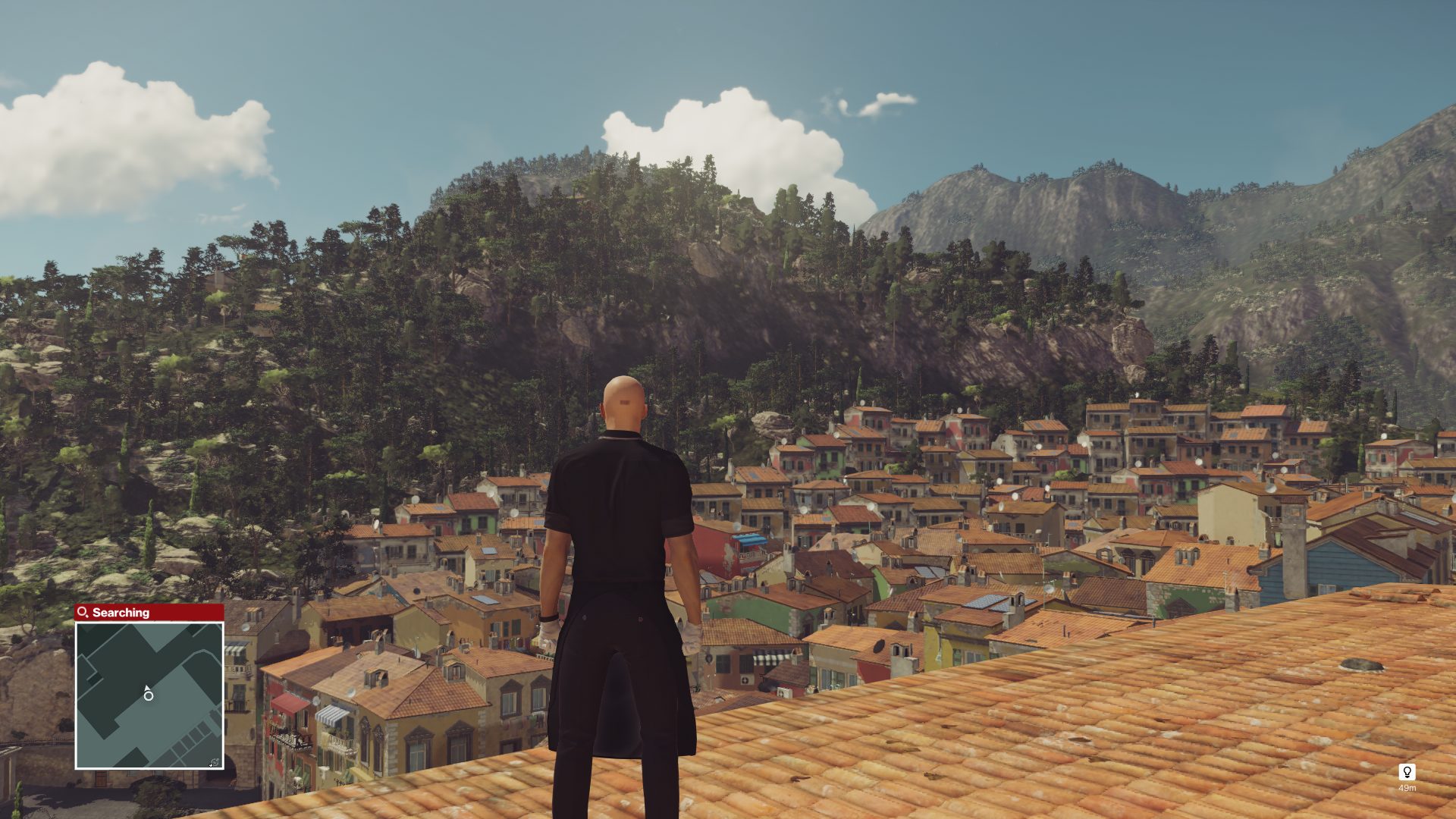 The visual quality still stays the same, there are still incomplete renders with the floor in Sapienza which makes it look a bit weird – imagine a next-generation Hitman game with low quality ground details. But what makes this episode beautiful is the scenery. You can stroll down by the beach and looking at that clear blue summer sky which is a bit more colorful than the dull dark-themed mansion from the first episode. Under the bright sun, it keeps that challenging feel where you have to think about how to assassinate or just take out those non-target AIs in broad daylight. But this goes back to the lack of AI improvement, you can very well manipulate/toy-around the NPCs’ field of vision which makes them a little stupid in most obvious scenarios.

Closing everything down after you ditch the Italian town, Hitman Episode 2: Sapienza has proven what a “Hitman” title should be: versatile, a lot of ways to kill – not too linear like some of the previous Hitman titles and the previous episode. Aside from the predictable AI patterns, the game’s challenge can be explored even more and other ways of assassination styles give you the satisfaction of being the world’s top assassin.

The final verdict will be based on the average score of all episodes.