Comes from a very reputable leaker. 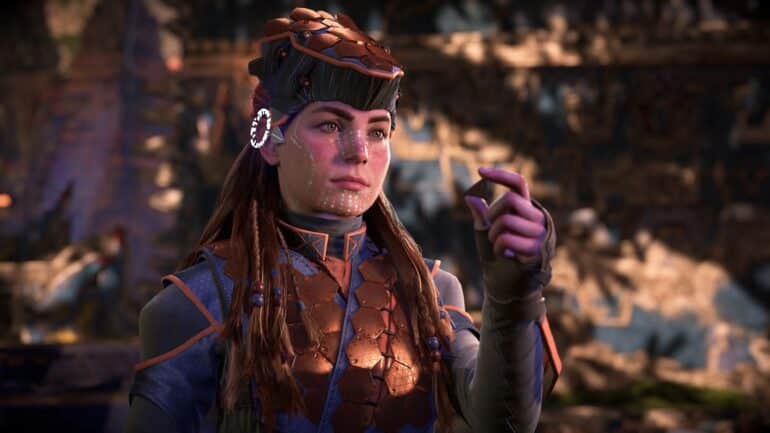 A new leak might have just revealed a possible Horizon Forbidden West DLC.

Popular leaker the Snitch has recently posted yet another post on Twitter with a teaser image. The picture clearly has a shape that looks like Aloy’s Focus. It even has the proper colors of the Focus, which are gray and light that is sky blue. It is in the middle of a US map situated between San Francisco, Las Vegas, and Los Angeles. It seems to say that this is going to be the new DLC for Horizon Forbidden West.

The location where the Focus is placed is clearly the Burning Shores in the game, which was mentioned a lot of times. In Gildun’s diary, it is located south of Spinebreak and Brin described as a place of flames and brine. It could be called The Burning Shores DLC.

Players who have attempted to explore further south will always be warned to turn back or forced to walk back. This is most likely the location of the possible upcoming DLC. Horizon Zero Dawn also had the same phenomena as well before The Frozen Wilds DLC got released.

No official confirmation from Guerilla Games yet but with the reputation of The Snitch with his perfect correct predictions, it is most likely this is going to happen.