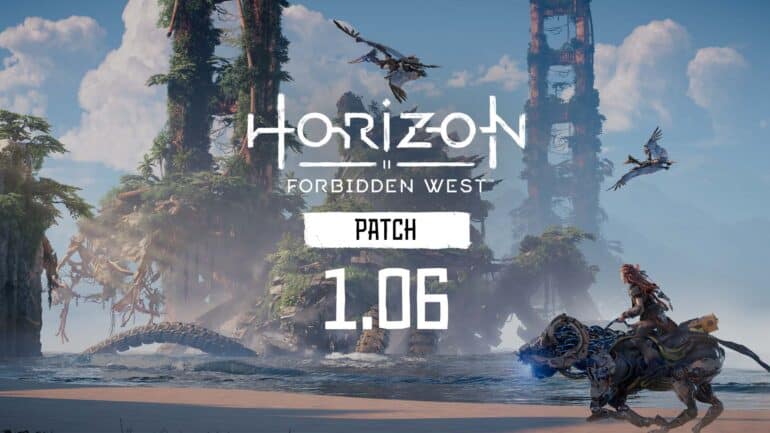 Guerilla Games has released Horizon Forbidden West patch 1.06 with its notes, but it acknowledges the persistent shimmering issue.

The latest patch has fixed a lot of issues in the game, and it is a long list of fixes. Still, the game is still not ironed out completely as a few bugs still persist. One of those is the bothersome and annoying shimmering issue in the game. The devs are still working on it and hopefully by the next patch it will now be fixed.

Check out the full patch notes below (Warning: It’s a long read):