Out now on both PlayStation consoles. 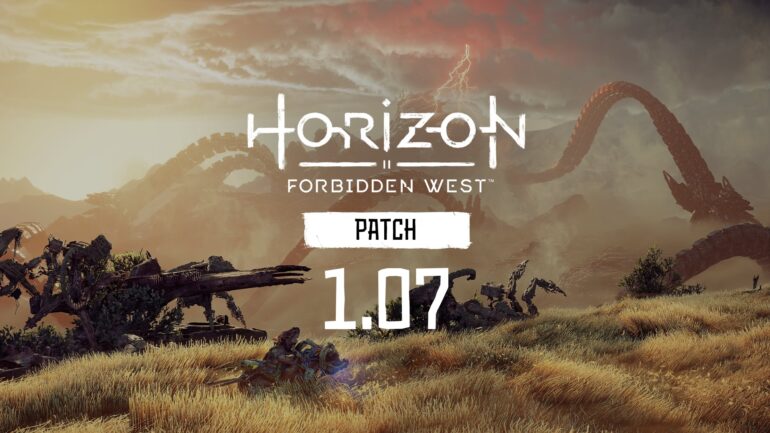 Guerilla Games has released the Horizon Forbidden West patch 1.07 for PS4 and PS5 versions today and it is quite hefty.

A new patch just got released today for Horizon Forbidden West and it finally fixes quests that had bugs that could halt story progress. One of the fixes removes the bug in main quest “Reach for the Stars” where the quest would not progress correctly if a player decided to shoot the second shuttle connector first. UI/UX got fixed as well with a new addition that implemented the Always Off option for weapons & ammo, and tools & potions in the Custom HUD options.

Photo Mode got improved as well with some adjustments to make it more of a professional shot. The developers also added more focal lengths to cover the range between 10mm and 300mm in 35mm full frame. This allowed more creative expressions.

Check out the rest of the full patch notes below: