Horizon Zero Dawn: The Frozen Wilds Review – A World Worth Revisiting Once Again 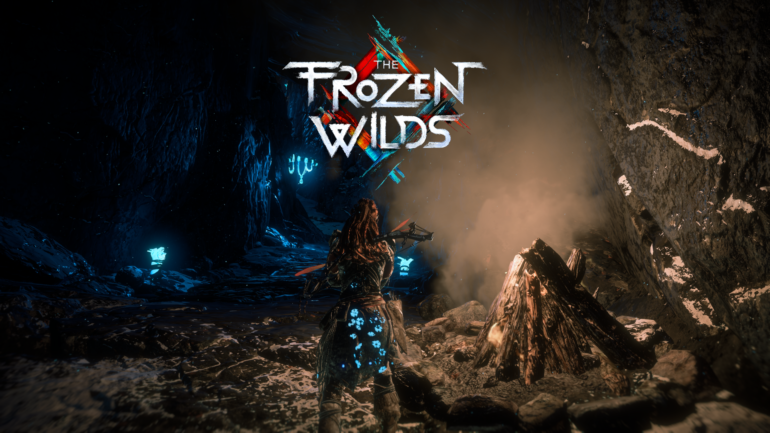 I never thought that I would go back in the world of Horizon: Zero Dawn, Guerrilla Games’ new IP that launched in February this year. Going through the woods and mountains, every path leads to possible danger. In this latest expansion of Horizon: Zero Dawn, Guerrilla Games takes you to uncharted territory with unforeseen foes that are not just wise but deadlier than what you’ve faced.

The Frozen Wilds does give a hefty amount of game time that would certainly put you into intense battles with these new machines – which involve a great amount of dodging.

Platform Reviewed: PS4
Platforms Available: PS4
Publisher: Sony Interactive Entertainment
Developer: Guerrilla Games
Release Date: November 7, 2017
MSRP: $19.99
This review is based on a digital version of the expansion purchased by the reviewer. The base game used was the Collector’s Edition still bought by the reviewer.

The Frozen Wilds opens a new location in the northern part of the map where the Banuk (a tribe of fearless and well-trained hunters) have settled, along with 3 new foes to face; and a tower that emits a disruptive pulse which repairs enemy machines that adds shock resistance and disables your Ancient Armor’s shields. This expansion also branches to a new story that answers “most” of our questions plus introduces new characters.

The focus of the expansion is merely extending the story of the world walked by mechanical animals to fill some plot holes. While the expansion introduces you to strong characters from the Banuk tribe, Aloy shows more of her experience throughout the story. She’s more knowledgeable, confident, and even more curious and I like her even more.

Aside from widening Horizon’s plot and lore, there are also a lot of new available side-quests that will keep you busy, new abilities (some that should have been in the base game) to unlock, and very rare weapons and armors to get. The Frozen Wilds introduces a new kind of threat aside from the Corrupted machines, the Daemons.

It’s kind of hard to see the difference between the two, but one thing is for sure – Daemons don’t have the glowing red and black corrosion that damages Aloy. However, these Daemon controlled machines are actually stronger and can pack some punch when their hits land. A Daemon Watcher, for example, is harder to kill. Even these small bipedal velociraptor-like machines can be sniped down with just 1 arrow to the eye, Daemon iterations of Watchers will need 3, even 4, arrows before they can be destroyed. These Daemons add more action in fights, more dodging, and strategic approach when killing taking them down – another option would be is to upgrade or buy new weapons.

With Daemon machines adding to the game’s core challenge in The Frozen Wilds, the battles gets a lot interesting at the place where Control Towers exist. As I’ve mentioned earlier, these Control Towers, shaped like a tentacle that blasts a pulse which repairs enemies and stunning your controlled machines, can render your Ancient Armor’s shield useless every time it gets hit by the pulse. This adds more challenge with Daemon machines around, and each battle around these Control Towers is filled with intense and thrilling moments. It was enjoyable, gave me some stressful moments, but hell it was fun!

Adding deadly enemies also means you get to have stronger armaments. Powerful Banuk weapons can be bought from merchants flagged with blue colors on the map across The Frozen Wilds. These new arrows can’t be exchanged with Metal Shards or other parts gathered from killing machines, they’re bought or exchanged with blue crystals called Bluegleams that can only be received through quests available in the expansion. The grind can be extensive if you’re a completionist, just like me, I love putting all those all-powerful bows and armors!

In addition, Aloy gets to have a new set of abilities named The Traveler. However, this new set of abilities should have been present in the base game. A simple upgrade like loot while mounting, I mean, this is rather a basic ability that would have been best if it was available in Horizon: Zero Dawn. I was expecting more impressive skills like the Mount Strike (this is probably the only upgrade that caught my attention), not an ability to repair your mount.  Nevertheless, this improves the overall experience for newcomers who are waiting for the Complete Edition of the game.

Since I’ve started playing Horizon: Zero Dawn last February, I’m already at 44 when I began The Frozen Wilds. I already had thousands of Metal Shards and Ridgewoods, owned the Ancient Armor, and a dozen of other crafting materials before I set foot in the new location. This made my adventure a little bit easy, but with the likes of the newest beasts such as the Scorcher and Frostclaws, I did not have any advantage over them. They were not easy foes, and I love exploiting their weaknesses. So, what’s my tip? It would be best to complete the main story, get the Ancient Armor, do tons of side-quests and bump your way up to above level 40 before you embark on your adventure in The Frozen Wilds.

If you’re expecting The Frozen Wilds to be a lot bigger like The Witcher 3: Blood and Wine, don’t hold your breath that high as you might be disappointed. The new location is fairly big, but not as huge as CD Projekt RED’s expansions. It’s a snowy place, mostly foggy. Since The Frozen Wilds is set at the northern mountains, you’ll expect heavy snowfalls and lesser sunlight at certain times. Although it is meant to put some realism to the game’s environment, these heavy snowfalls are merely getting in the way or let’s say, annoying in short when it happens. It’s even hard to get some great shots in Photo Mode without the image getting overexposed.

The Frozen Wilds adds more depth to Horizon: Zero Dawn as it also paves the path for a sequel that might be set in a different location that is far from the tribes. This expansion completes the overall formula that Guerrilla Games wanted to do with their latest IP, and with extreme efforts, they turned world of Horizon: Zero Dawn into a whole new level that I had enjoyed deeply. 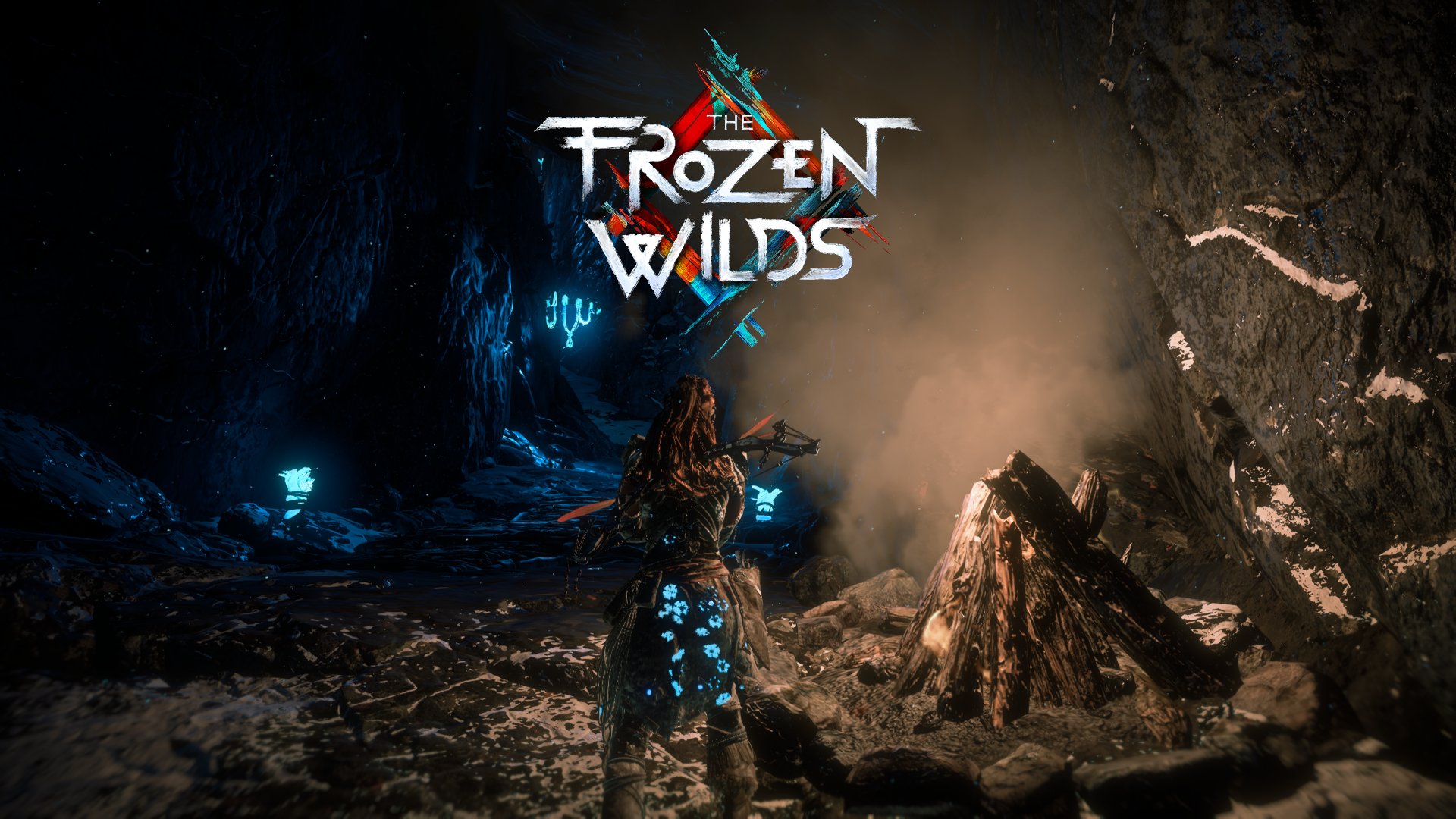 Horizon: Zero Dawn: The Frozen Wilds - Review
Score Definition
May it be the likes of Shadow of the Colossus or Metal Gear Solid, if it’s quite there but not enough to push the boundaries, it’s still an awesome game.
Pros
Awesome Plot Extension
Deadly Predators: Scorcher and Frostclaws
Tons of Side-quests
Completes The Overall Experience
Cons
Annoying Heavy Snowfalls
9.5
Excellent