How to Avoid Kong and Godzilla Attacks in Warzone Operation Monarch 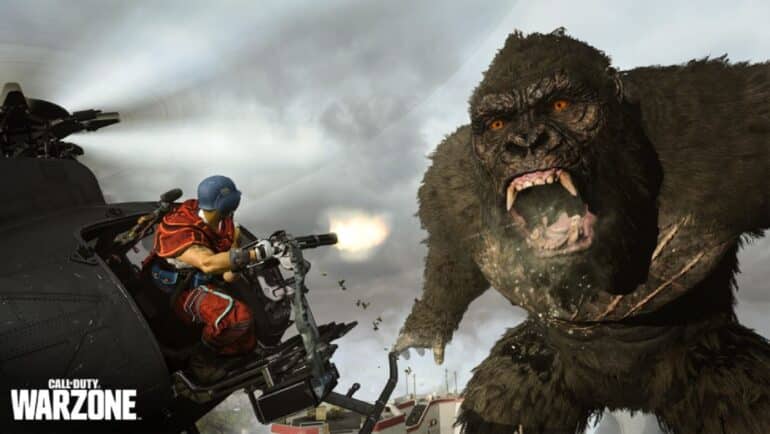 Godzilla and King Kong have arrived in Caldera as part of Warzone Pacific’s Operation Monarch event. Although the cosmetics are great, most people will be queuing up to witness Titans like King Kong and Godzilla battle it out on the map.

Titan Killstreaks can be unleashed from Godzilla or Kong using the S.C.R.E.A.M. device. If you want to evade Godzilla and Kong’s attacks in Warzone, here’s what you need to do.

During the Operation Monarch event, both King Kong and Godzilla get their very own special killstreaks:

In Call of Duty Warzone: Operation Monarch, there are two safeguards to prevent yourself from being attacked by Kong or Godzilla:

1. Leave the area where the Titan Frenzy is taking place by running in the opposite direction of Kong or Godzilla.

A Titan Killstreak can quickly wipe an entire team, regardless of the attack you choose to use. The best course of action to avoid Godzilla and Kong is to hide. Get out of harm’s way and stay indoors. Remember that Godzilla and Kong can attack even if they don’t have a S.C.R.E.A.M. Device to help them.

2. Deal damage to Kong or Godzilla, and as a result of that damage, the Frenzy will end, and you will acquire the special S.C.R.E.A.M. Device killstreak.

Due to the Titans’ massive size (each stands at approximately 400 feet), you’ll need to learn how to deal with various attack scenarios as quickly as possible. As with any other Warzone game, the match ends when only one team remains.

To stay up to date on the newest Tiny Tina’s Wonderlands news, guides, and features, you can check out our related Call of Duty: Warzone articles here.

Here’s a video by TheGamingRevolution on How to control Godzilla & Kong in Warzone Operation Monarch: