How to Get the Final Fantasy XIV Chewy Minion Puppy in Patch 6.1

Wanna have a cute Doggo tag along? Get the new FFXIV Chewy minion! 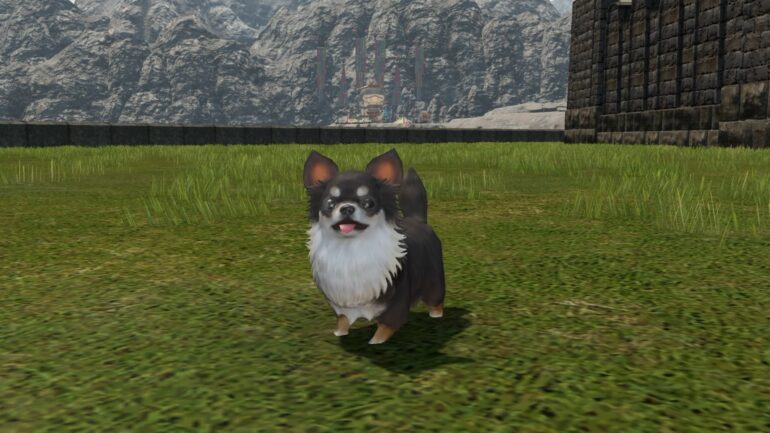 The FF14 Chewy minion has been added to the most recent update of Final Fantasy XIV: Endwalker, making it possible for players to have a new Pomeranian puppy companion to follow them around in their adventures.

The FF14 Chewy Minion may be the greatest of the many minions available in the game! This cute little puppy was included in the FFXIV patch 6.1, and it’s nothing like the magical beast or fanciful companion you may expect.

Dog Lovers in Final Fantasy XIV will adore this charming pup, which boasts adorable motions. It’s a small breed, which resembles a Pomchi (Pomeranian and Chihuahua Mix), although there’s still some disagreement over it in the community. Here’s how to get the Chewy Minion.

How to get Chewy Minion in FFXIV

To get the Chewy Minion in FFXIV, it is obtainable as a drop from Retainer Ventures, specifically the Level 90 Botanist exploration ventures, Woodland Exploration XXVIII if you’re interested in getting it for free.

A level 90 Botanist retainer is required for this exploration, which implies you’ll also need to meet this requirement. Your retainer must also have a Gathering of at least 2000 to be able to participate in the mission, which may be done by providing them with the proper equipment.

Although there’s a slim possibility that your retainer may return with the Chewy minion. You’ll just need a few tries if you’re patient enough to obtain the minion.

There’s a rumor that Subaquatic Voyages at maximum level may also provide the Chewy minion, although this has yet to be validated by the gaming community.

Also, the Chewy minion is a tradeable minion that you can buy from Market Board, but due to its rarity, it’s being sold at unbelievably high prices, so it could be worth waiting a few weeks rather than getting it immediately.

What is the Chewy Minion on FFXIV?

Despite its endearing look, the FFXIV Chewy minion performs no differently from any other minion in the game. It will accompany you on your journeys and may even participate in battle.

Chewy does have some offensive capabilities, though they are clearly pretty minimal. With 480 HP, 40 ATK, and 55 DEF, you won’t want to go into any big boss fights with Chewy on your side. Its special move, though, is called Winsome Woof, and it is more than adorable enough to justify its presence on your team.

That’s everything we know so far on the FFXIV Chewy minion. If you like this guide, check out our other Final Fantasy XIV articles here.

Here’s an awesome video by Meoni on the new FFXIV Chewy Minion!