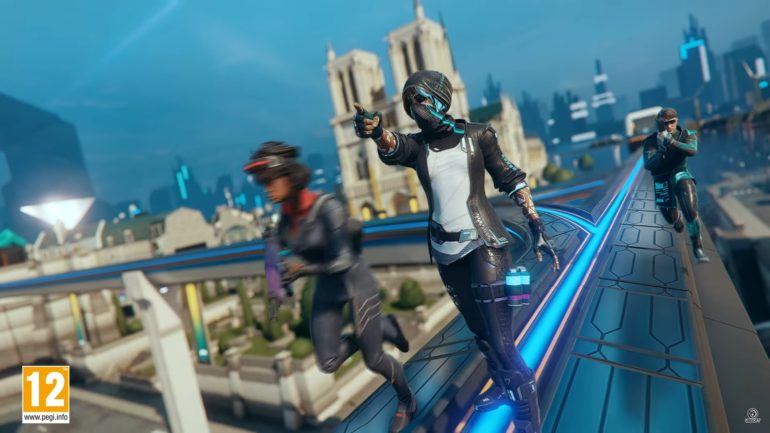 Game company Ubisoft just announced that Season 2 of Hyper Scape will be coming next week with new content.

Season 2 will be unveiled next week and will be called The Aftermath. It will add a new weapon, a new hack, new game modes, a new Battle Pass, and more stuff to check out. Before Season 2, players will be able to join Project Tower, a special event coming to the game on Oct 4 from 6pm to 7pm BST.

Season 2 will introduce a new district and the new weapon Atrax. It bursts out sticky explosives that detonate after a certain amount of time. A limited-time hack will be available during the new season as well and will be coming sometime in mid-season. It will be called Platform, which allows players to deploy a horizontal platform. It is useful for navigation.

Aside from that, Season 2 will offer a few brand new game modes like Crown Rush Duo and Floor is Lava. Using the hack Platform will be useful in Floor is Lava, where the ground is transformed into lava. Crown Rush, Faction War, and Turbo Mode will be making a comeback here too.

A ranking system will be available in the new season as well, which allows players to see how their opponents and rivals are faring in the game. Rankings will be based on ten best matches of each player – Bronze, Silver, Gold, Platinum, or Champion. Only matches played in Crown Rush Squad will count for the rank.

Part of the rotating Limited-Timed Modes will add Crown Rush Solo with a new twist called Second Chance. This gives the players the chance to redeploy into battle when they get eliminated the first time around.

Staring on day one of Season 2, players will get a Daily Gift every day they play the game. It includes different items like Battle Points or cosmetics. There is also a new 100-Tier free and premium Battle Pass, which includes new exclusive Champion outfits, weapon skins, deployment pods, and others.

Hyper Scape is now available on PC, Xbox One, and PlayStation 4.

Check out the new video here: