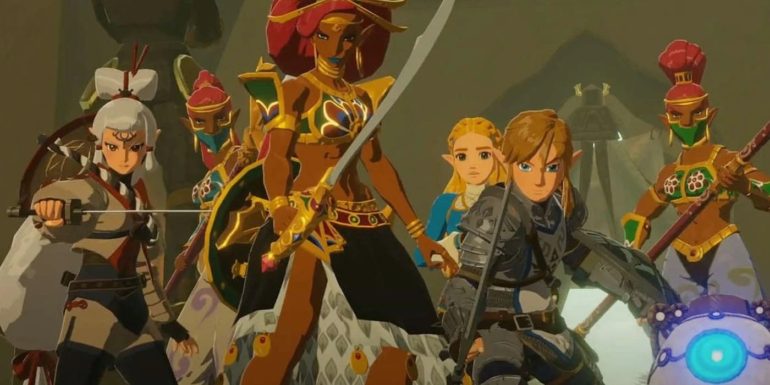 Gaming merchandise retailer GameStop recently announced on social media that for customers who will pre-order Hyrule Warriors: Age of Calamity, they will get a little bonus.

According to the announcement on GameStop’s official Twitter account, customers pre-ordering a physical copy of the game can net them a little Mystery Guardian. They can get it when they pick their copies on launch day.

The bonus Mystery Guardian keychain is meant to resemble the small mascot character that can be seen together with Zelda and Link. It looks to be a Guardian with three legs, but smaller in size. Based from the image attached to the tweet, it seems to be a 3D replica of the mystery character.

There was also the pre-order bonus for getting the digital version of the game at eShop. Customers can get the Lucky Ladle weapon in-game that Link can use.

Hyrule Warriors: Age of Calamity launches on Nov. 20 on the Nintendo Switch.