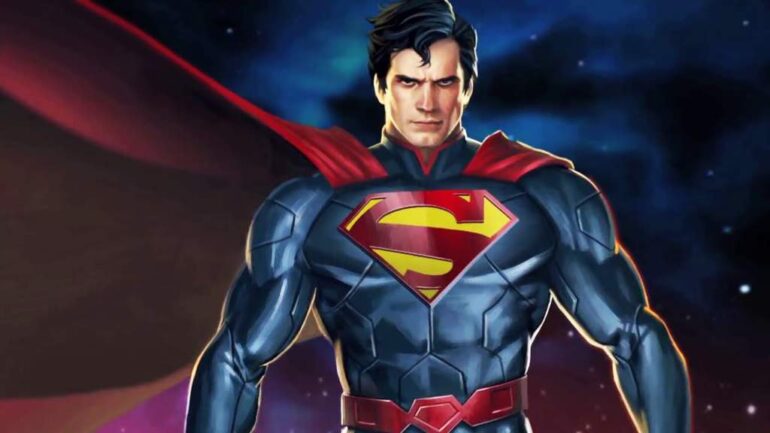 Infinite Crisis is a MOBA developed by Turbine and published by Warner Bros. Interactive Entertainment. Infinite Crisis has just released out of beta and has been attracting DC fans and MOBA enthusiasts alike, does it have what it takes to survive in an ever saturated MOBA market?

Infinite Crisis is your basic MOBA formula. You pick a character from a set roster, in this game characters from the DC multiverse, to duke it out in a fairly big map against characters your opponent has picked. Every character has their own abilities, stats and importantly roles. Knowing your role is very important in MOBAs, Roles decide your strategy, build and even style of play all through out the game. In Infinite Crisis there are multiple roles with most heroes a mix of at least 2 roles. We have Assassin, Blaster, Enforcer, Bruiser, Marksman and Controller roles.

Assassins dish out quick damage often hiding from enemy sight and attacking when they least expect it, most assassins are fragile and are important to either give them items that increase their survivability or escape as soon as things get ugly. Blasters are casters that really on a constant barrage of spells to harass your enemies or keep them at bay, since Blasters tend to spam skills it is best to build them with items that help regenerate Will, the game’s mana resource. Enforcers are the tanks, the Enforcer’s job is to soak up as much damage from the enemy team. Enforcers usually start fights and have abilities that help initiate. Bruisers are the melee damage dealers, usually a mix with the assassin role, Bruiser deals high damaging auto-attacks that don’t require Will consumption. Marksman are ranged damage dealers, often squishy but deal significant damage as the game goes on. Controllers are the support type. As the name suggests Controllers control the flow of battle and are usually seen keeping their allies alive or sacrificing their lives to save theirs.

Gameplay-wise its pretty much the same MOBA flavor. You have lanes which these characters spend most of their time in. Often times there are Junglers (an unspecified role), Champions that farm up to get stronger in the jungle instead of staying in lane.  Each lane has turrets, defensive towers which lead up to your main base. Each of these has to be destroyed in order to reach your opponents Power Core. Destroying your opponents Power Core is the main objective but wont be an easy task with enemy Champions defending it and with sturdy turrets blocking your way. You also have creeps, AI-controlled units that gradually spawn from your main base to the lanes. These are your main source of income as dealing the killing blow gives you Credits. Credits are the games currency, with this you buy items that make your champion stronger and help them defeat your opponent s or make you live longer. There are also Jungle creeps, Neutral creeps that are aggressive to both teams and are the prime source of income for Junglers. There is also the Raider, a stronger Jungle creep that takes multiple Champions to kill.

The jungle is a dangerous place with very low visibility and a prime spot for ambushes. In the jungle lies Relay points. Relay points unlock as the game goes on and these must be captured for team bonuses. Capturing them requires an ally champion to stand on top of it for a few seconds. Enemies can contest this and will do their best to take them. Capturing them gives extra gold and capturing multiple points can give your creeps a boost making them stronger and makes pushing slightly easier. There is also the Doomsday Device, a strong weapon that deal massive damage to Creeps, Champions and Turrets. Not only does this deal a large amount of damage to Turrets it also shuts them down for a few seconds making it easier to destroy them. The Doomsday Device is kept by the Doomsday Guardian a very strong Neutral creep that usually takes an entire team to kill. Like Relay Points the enemy can also steal the device by either just taking it on the spot or killing the Champion that is currently holding it. Relay points and the Doomsday Device gives a bit of an edge to gameplay as the opposing sides usually fight to gain these advantages often leading to team wipes or stalemates depending on how they play or how strong they’ve gotten.

Champions also have these extra abilities called Stolen Powers. Stolen Powers work similarly to Summoner Spells if you’re familiar with League of Legends. Unlike League of Legends however these abilities have different variations. These abilities include Super Strength, Teleportation, etc. but you also gain access to a champions own version of a Stolen Power and you can own them available for use on other Champions once you unlock the Champion that owns said ability or buy them from the store. You also gain Mods and Augments which slightly upgrade items that you buy in-game, which gives of a slight unfair advantage and a pay-to-win feel. There are many things available on the store as well such as other Champions, More Mods and Augments and Cosmetic Skins which changes the look of your owned Champion in-game. You gain Merit as you play games but these can only be used to buy Champions or Mods and Augments. In order to buy skins you need Crisis Coins. Crisis Coins can be obtained through quests but usually bought with real money.

The graphics on Infinite Crisis is decent. Its good for a MOBA, not that distracting or confusing. It looks good comparing to other MOBAs of similar design. The sound design is not that good either. Sounds effects often are kind of wonky and feel flaccid. The soundtrack how ever is really good. It gives you that heroic feel and and that superhero movie vibe with those drones that are usually heard in big films nowadays. e.g. the Inception Braaam. but sadly its kind of generic and its pretty much like every superhero movie soundtrack you hear.

Infinite Crisis is a pretty good MOBA as it is fun and easy to pick up. Its sort of on the easy side though with most Champions stronger than the others it needs a bit of tweaking. With its memorable cast people will quickly familiarize themselves with the characters and most of them are pretty fun to play. With the game just recently released it still needs more content and constant tweaking. Hopefully the meta will be flexible and wont stay stale. Its a good pick up for DC and MOBA fans alike.

With its current form Its a pretty fun. With a bit more content and a bit more tweaking this can easily compete with other big MOBA titles with its fun gameplay and familiar and varied cast.

This review was based on its official release build version 1.0. The game is Free-to-Play