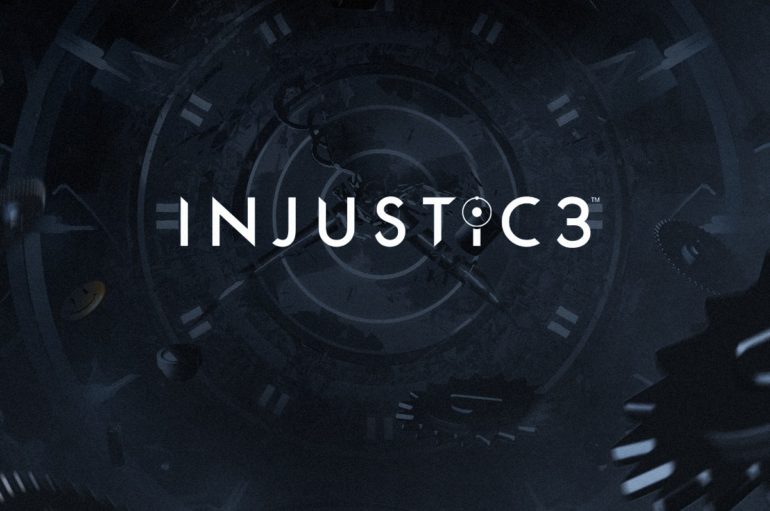 Popular artist BossLogic, also known as Nikolai Baslajik, has recently teased an image that could be the logo of upcoming Injustice 3.

On BossLogic’s official Twitter account, he posted this interesting image that says Injustice 3, but technically it says Injustic3, a play of letters. This does not mean that this image makes it official, but BossLogic is a highly regarded artist who has drawn for many game companies for so long already, making official artworks for them.

The image shows several things and it all points out to one thing: the Watchmen. The reason? The first evidence is the title itself with the second letter “I” having the symbol of the great and godly being Dr. Manhattan on his forehead. The second evidence is the smiley pin slightly hidden on the left side of the image pointing out Edward Blake aka the Comedian. The third and final evidence is the broken clock comprising the whole image symbolizing the Doomsday Clock, a part of the Watchmen series.

If Warner Bros. Interactive and NetherRealms Studios make this image official, then it will mean a lot of things coming to the Injustice game universe. Just my speculation, but if the Watchmen are coming, then the possible main villain would be Dr. Manhattan. Since he has godly powers and most likely has lost hope for humanity, it could also mean he is trying to wipe out this universe. Again, just speculation on my part, but that would be quite the story to tell.

Take this with a grain of salt. Also, Ed Boon confirmed that he is attending the DC FanDome event with Dwayne Johnson. Could it be that they are confirming something there as well? The Rock has already been confirmed that he will play Shazam’s mortal enemy Black Adam, could it be that his likeness will be used as Black Adam in game as well? We will know at DC FanDome later on.