Is Starcraft 2 Free To Play The Right Way To Go?

Starcraft 2: Wings of Liberty is a science fiction real time strategy game developed and published by the renowned Blizzard Entertainment. Released in 2010, Blizzard have recently decided to release Starcraft 2 as a free to play title. The primary reason behind this is that even though a lot of the game was free through the starter edition, fans didn’t know whether they would have to pay or not, and as such it was feared that players were ignoring the game due to the lack of clarity around what they would need to buy in order to get the full Starcraft experience.

The campaign mode involves choosing a species that you favor, and completing a variety of missions and jobs that will lead you towards you eventual goal, these missions vary based on the species that you choose. Anyway, it is not really the campaign mode that will be effected by becoming free to play, it is the multiplayer mode. Gamers these days will know what it means when a game is free to play – microtransactions aplenty! You either love or you hate microtransactions, and that is usually dependent on a couple of factors. Whether you are a long time player that has had a colossal grind to get where you are in the game, or whether you are a ‘noob’ that wants immediate access to all the best things without all of the hard work. 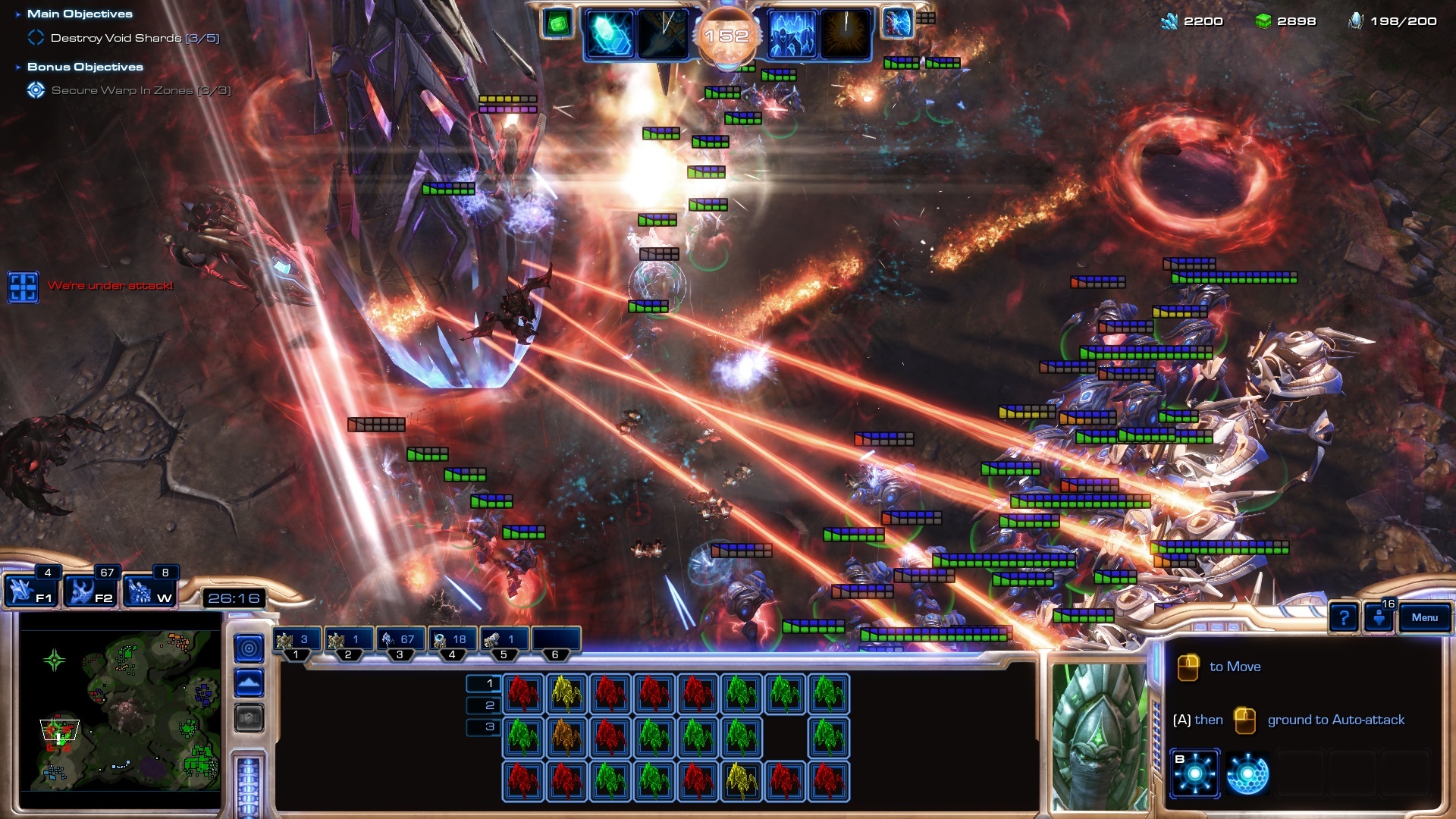 With a game that is over 7 years old it is safe to say that the more veteran players have definitely got their money’s worth from the game, and that all that making it free to play will do is open the doors to a new generation of players, and a whole new audience. While at first it may be annoying seeing them with all their flashy skins and their overpowered weapons it is sadly becoming more and more popular in games – it is just the way it is (Grand Theft Auto 5 highlights the peril’s of microtransactions).

With Starcraft 2 the transistion to free to play is not something that has just happened overnight, it has been a carefully considered process, Blizzard are more than aware not to alienate their current fans in an attempt to gain newer fans. Blizzard have hastened to stress that the conversion to free to play doesn’t mean that they are going to introduce any secondary currencies or additional microtransactions in order to support the new free to play model.

Starcraft 2 is a game that is loved by many and as such this conversion to free to play would seem like the right way to go, this switch to free to play is simply a move designed to take a well-loved game and make it more accesible to a whole new wave of gamers.

Did you enjoy reading this article? Then check out more blog posts from www.woodstockproduction.com