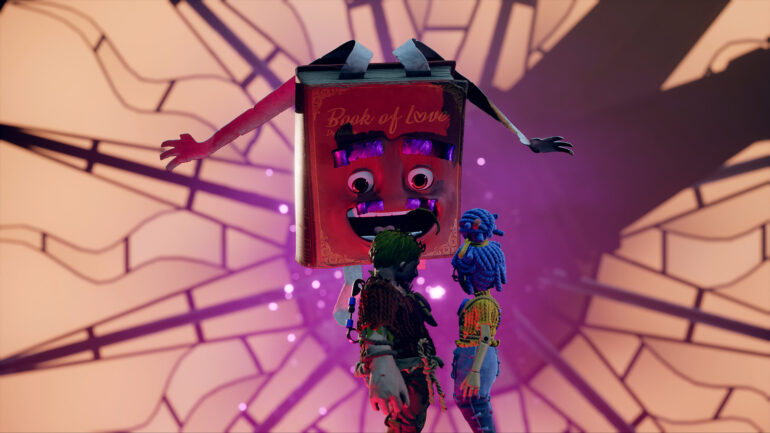 The newest gameplay trailer features a lot of footage taken from the game as it goes gold just recently. It also shows some cutscenes from the story, giving excited fans what to expect when this comes out on March 26.

Several examples were given like the squirrels fighting against the wasps. Cody and May will also have different abilities like bending time and making clones. Mini games are all over the as well.

Here’s the game overview view via the official website:

Embark on the craziest journey of your life in It Takes Two, a genre-bending platform adventure created purely for co-op. Play as the clashing couple Cody and May, two humans turned into dolls by a magic spell. Trapped in a fantastical world, they’re reluctantly challenged with saving their fractured relationship by the suave love guru Dr. Hakim. A huge variety of gleefully disruptive gameplay challenges stand between them and their return to normal.

Players can invite a friend to join online co-op for free with the Friend’s Pass and experience gameplay developed for two players. They can play in couch co-op or online co-op with split-screen play.

The game offers interesting challenges, and new character abilities to master in every level. Also discover a light-hearted and touching story of the challenges in getting along. Players will get to experience how Cody and May learn to overcome their differences.

It Takes Two will launch March 26 on PlayStation 4, PS5, Xbox Series X/S, Xbox One, and PC.