A woman in love, mature Kujo, and a plankton colony are featured! 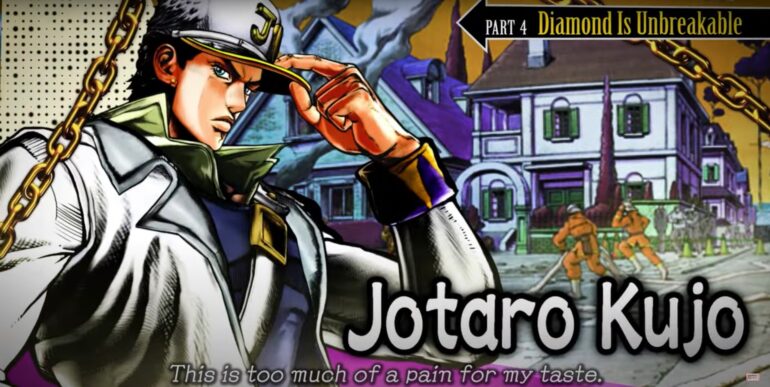 The latest reveal trailer features new characters from Part 4, 6, and 8. These characters are well-known for fans of the anime series JoJo’s Bizarre Adventure, which are Yukako Yamagishi, Foo Fighters or FF, and Jotaro Kujo from Diamond is Unbreakable.

Yukako Yamagishi comes JoJo’s Bizarre Adventure Diamond is Unbreakable who uses her hair in battle. She is in love with Koichi Hirose, a friend of a JoJo protagonist in this part of the anime, but her love borders to obsession unfortunately. With Love Deluxe, she can pummel her enemies to a pulp with her hair.

Jotaro Kujo of Diamond is Unbreakable is a more mature version of the original one from Stardust Crusaders. He wears a white outfit in this anime series and still has his Stand Star Platinum.

Jojo’s Bizarre Adventure All Star Battle R launches on September 2, 2022. It will be available on PC, Nintendo Switch, PS4, PS5, Xbox One, and Xbox Series X/S.