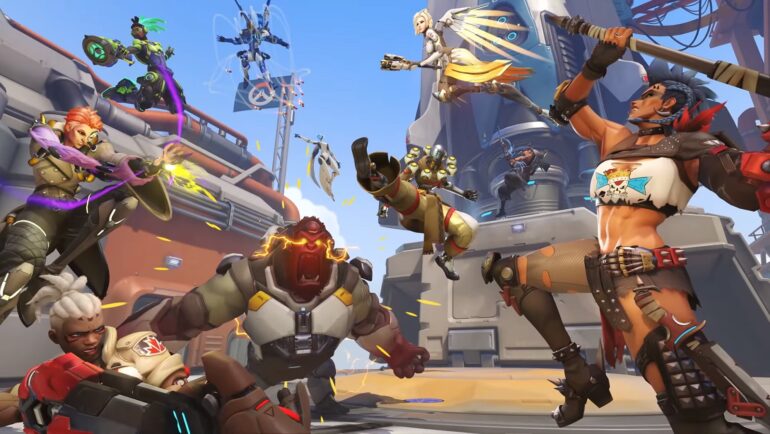 Blizzard has recently announced that Overwatch 2 is launching in Early Access with dynamic new PvP content releasing on PC, PlayStation 4, PlayStation 5, Xbox One, Xbox Series X|S, and Nintendo Switch on October 4, 2022, kicking off the next chapter for Blizzard’s Entertainment’s acclaimed team-based shooter.

We can’t wait to roll out the beginning of the Overwatch 2 experience on October 4 and introduce an exciting new competitive vision, featuring amazing new content and a reimagining of the iconic heroes, maps, and gameplay that made the original game so compelling. This is the beginning of an always-on and always-evolving era for the franchise, and a recommitment to serving players with frequent and substantial updates planned well into the future to keep Overwatch 2 fresh and fun for many years to come.

At launch, players will have an opportunity to get their hands on the newest Tank Hero to join the roster, the ruthless Australian-born ruler of Junkertown: the Junker Queen. More detail on the Junker Queen, the live service model, and seasonal content plan, and the upcoming phase of the game’s closed beta testing will be shared during the Overwatch 2 Reveal Event live stream on YouTube and Twitch this Thursday, June 16, 2022, at 10:00 a.m. PDT.

The Junker Queen is the second hero new hero revealed for Overwatch 2, and the franchise’s 34th hero overall, following Sojourn – a high-mobility and railgun-wielding former Overwatch captain with cybernetic capabilities. New and iconic international locations will also arrive in-game at launch, from the snowy New Queen Street in Toronto to the bustle of Midtown Manhattan. Overwatch 2 additionally introduces the new Push game mode, a symmetrical map type where teams battle to take control and advance a centrally located robot deeper into enemy territory than the opposing team.

For more information, visit the game’s official website, and turn into the Reveal Event live stream on Thursday.

You can also check out these articles about our thoughts on hero changes and the closed beta in general: