Overwatch 2 Beta is Not What You Thought It Was

Something's gotta give when the next beta goes live 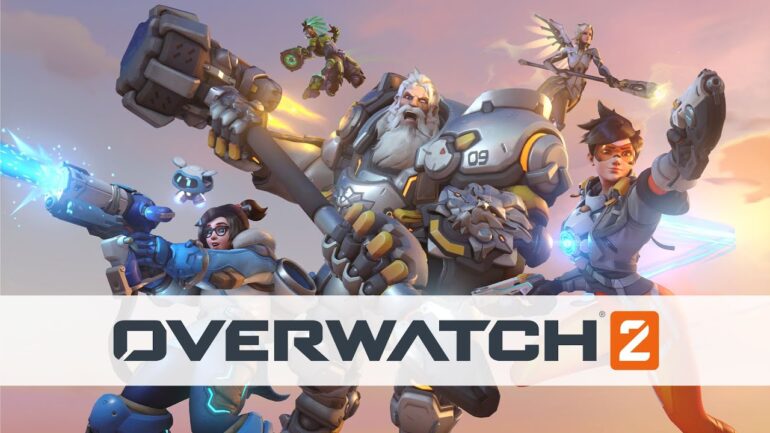 The first Overwatch 2 beta is ending very soon. And while I found the beta to be informative and indicative of the direction Blizzard is trying to aim for, not everyone shares the same sentiment. Yes, I am aware that a lot of people are unhappy with the Overwatch 2 Beta. The game just wasn’t what many people believed the beta to be. They walked in expecting a preview of Overwatch 2 but all they got was an overhaul to Overwatch’s PvP. What they really needed to see was an update on the PvE game, at the minimum.

I am not a fan of the decision to call this the Overwatch 2 beta. There’s a set of expectations there that only be fulfilled with the arrival of the PvE aspect of the game. This beta we have right now is not Overwatch 2. This is not Starcraft 1 going on to 2. Warcraft 2 going on to 3. This is literally Overwatch 1 PvP but expanded upon. This is a relaunch of Overwatch 1, not a sequel. At least, not yet. When we finally get the promised PvE, that’s when people will start calling this a proper sequel.

With the initial version of the Overwatch 2 Beta, we’ve seen the addition of Sojourn and reworks to Bastion, Doomfist, and Orisa. There are some new maps and a brand new game mode but it’s not anything different from what we’ve done before in other game modes.

To me, the “Push” game mode is basically a capture point/escort game mode to see who pushes a mobile barricade further. Which is actually more fun than it sounds, but I can’t help but think that we need something different. The other additions are questionable though. Old maps with the only definite change are the night and day. Thrilling, I’m sure.

The second and third week of the Beta saw a rebalancing of mostly support heroes. This was done to convince more players to try out the support classes. I am really hoping the next set of reworks goes to the support and damage classes. An even spread so we don’t encounter the same long queue times the reworked Tank class got.

As for the changes they’ve introduced, I really like the superkick they gave Zenyatta. There is a certain satisfaction that came with kicking away a dive hero like Genji and following up with a primary attack finisher. But I think it’s Mercy’s super jump button that’s really the highlight of the support changes. Mercys have always had the ability to do super jumps, but that took skill. This newest version of Mercy lowered the skill ceiling somewhat. Now, players need only press the crouch button to be able to super jump. What a neat surprise, honestly.

When Souljorn was released in Alpha, streamers and pros complained that it was too easy to land shots. They nerfed that aspect of her railgun in the beta version. And then she went live in the Beta. And people were saying that it was too hard to land railgun shots. So, they widened the beam to make up for it.

What I’m trying to say is we just had a back and forth with no progress at all for something that could have been fixed if more of us were allowed to give feedback. Overwatch changes have always started from the top (the professionals) and the rest of us just go along for the ride. Here’s to hoping we see more changes that cater to the paying customer.

Speaking of, what happens to all the players who have played the Overwatch 2 beta? What reason do we have to go back to OLD Overwatch 1 after experiencing all the changes? Chances are they’ll go dormant until the next Overwatch 2 Beta goes live. That’s what I would do.

What exactly is the plan with Overwatch 1? One day in the not-so-distant future, Overwatch 1 updates and becomes 5v5, with new heroes, maps, and modes and then we wait for an unspecified amount of time for the PVE launch? I don’t know.

Will the game be going free to play? Will you have to buy again to have more access to more features? Is Overwatch PvP going to replace Overwatch 1? Nobody knows the answers to these questions at the moment. Hopefully, we’ll get more answers sooner than later.

With regards to Overwatch selling lootboxes again? I really hope they reconsider that. With governments stepping in and regulating lootboxes, especially in Europe, I don’t think it wise to pursue a monetization plan that hasn’t aged gracefully.

The current beta is set to close on the 17th and the start of the next beta phase a couple of weeks later. I’m guessing this is to allow the development team to enact more drastic changes to the game. I like the approach. I just can’t help but feel apprehension with regards to the future of Overwatch.

Downtime is one thing. But how is Blizzard going to re-spark interest in another round of Betas outside of the Overwatch faithful? It’s a tough sell. And if people have already raised the white flag, it’ll be even harder to convince them to participate. If they don’t want people to lose more interest, the next beta has good to be truly game-changing.

Overwatch 2 is fighting an uphill battle right now, and not just from the development side anymore. The underwhelming response to the beta should be taken more seriously. It’s clear that the beta key drop, while effective at first, didn’t have the effect Blizzard was hoping for. A different approach is needed.

Overwatch 2 Beta isn’t what you think it was. Hopefully, the message is clear for the next one in a few weeks. As much as there are things to be excited about, we need to be aware of shortcomings as well.