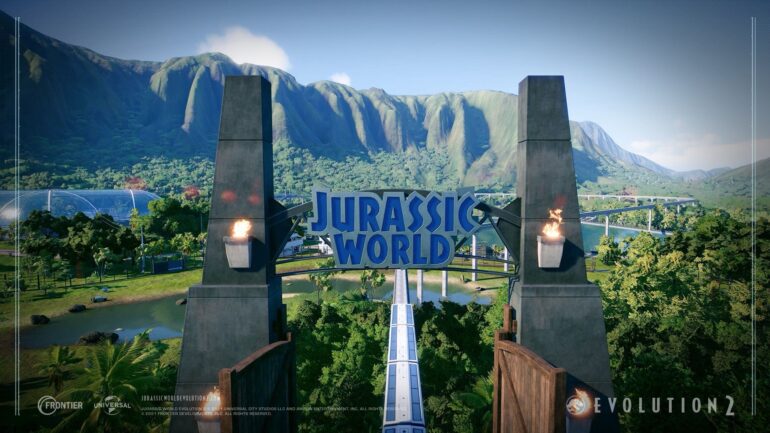 In a recent interview with Game Director Rich Newbold talking to media outlet Newsweek, it was revealed that Jurassic World Evolution 2 story mode is canon to the Jurassic series. He also confirmed that Chaos Theory offers a different take of the previous movie stories, giving them What If scenarios.

Spoiler alert for those who have not cleared the campaign yet.

In the game’s scenario, the story is after what happened to Fallen Kingdom where all of the dinosaurs that escaped from the Lockwood mansion have now scattered throughout the United States. Owen Grady (Chris Pratt) and Claire Dearing (Bryce Dallas Howard) are now trying to establish animal sanctuaries around the country. These protected zones will be overseen by the Department of Fish and Wildlife (DFW) and will help care for them.

Newbold said that in order to make a great Jurassic game, it has to respect the universe. They are working closely with the team at Universal Studios to make sure that it stays true to the Jurassic franchise. “[The Studio] has such a clear vision for where they want to take things and we work closely with them to make sure our game and our story fits into their canon,” he said. It also seems the filmmakers were happy with the results since Dominion’s Director Colin Trevorrow has publicly endorsed the game recently.

Aside from the campaign, there is a Chaos Theory mode that allows players to play out What If scenarios, which would enable players create their own stories of some of the key events from the movies.

“We watched each film and brainstormed ways in which we could take a moment and turn it into a “what if” [scenario], asking ourselves the questions of what the player could be responsible for,” he continued.

The campaign story helps set up fans of the Jurassic franchise for the upcoming film, Jurassic World: Dominion, while Chaos Theory mode offers scenarios where the results all depend on how the players handle it. Two variety of “flavors” for a fan to enjoy.