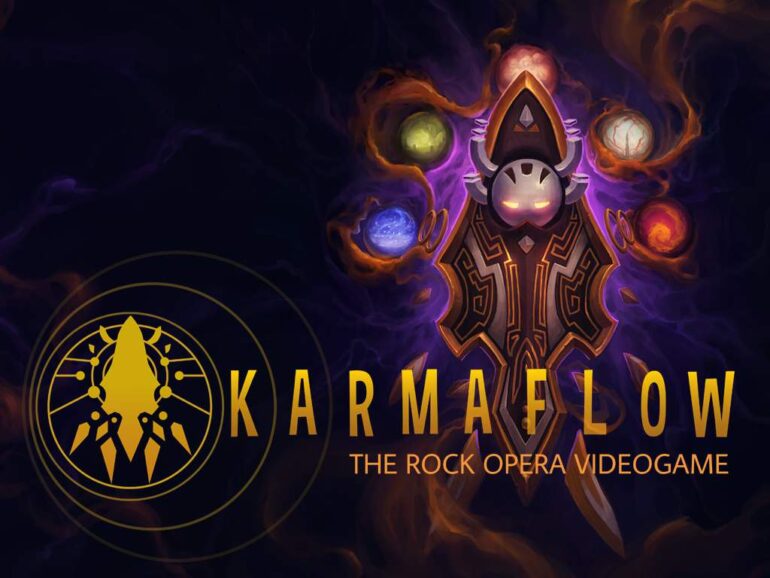 Karmaflow: The Rock Opera Videogame will see the launch of its second part, Act II , completing the game that launched earlier this year. The game was released in two parts due to the fact that the team realised the scope of the game only grew as more progress was made on finishing it. As time passed, the team wanted to add more to the experience and the decision was made to release Act I in early 2015.

Players who bought Act I will receive a free update to Act II when it releases, while new players will pay the same for the complete game after April 30th.​

In Act II players will continue the story of the Karmakeeper and its quest to restore the balance of karma in the multiverse. As the game’s title suggests, all the narrative in the game is sung in true rock opera fashion. In Act II, players will meet characters voiced by well-known vocalists such as Mariangela Demurtas (Tristania), Dani Filth (Cradle of Filth), Simone Simons (Epica), Henning Basse (MaYaN) and Daniel de Jongh (Textures), among others.
As music is a prominent feature of the game, the official soundtrack is released along with the videogame. Both Steam packages include the Original Soundtrack as a digital download at the moment of purchase. Those who purchase the game’s Deluxe Edition will receive not only the full game but also a making of from the game with exclusive footage of the live show Karmaflow in Concert: The Rock Opera and Hi-Res concept art.

Project Karmaflow
Karmaflow: The Rock Opera Videogame is part of the multidisciplinary project Karmaflow. The aim of the project is to unite music, games and theater in a unique way, experimenting with sung interactive narrative.

Karmaflow was initiated by Dutch composer Ivo van Dijk in 2012 and started out as a graduation project for him and 12 fellow students of the School of Arts in Utrecht. The team strives to bring a new and unique way of telling interactive stories through the medium of videogames, and is taking it one step further by bringing the music of Karmaflow to the stage.

Karmaflow: The Rock Opera Videogame is a full-blown interactive rock opera. It tells the story of the Karmakeeper who is burdened with the task of restoring the balance in several worlds within a multiverse. Each world is protected by a Guardian in heavy conflict with their counterpart. Find them, hear them out and decide what they are: friend or foe. Play as the Karmakeeper, and actively decide the way the rock opera and its story progresses. Puzzle and explore your way through five different worlds.

Karmaflow in Concert
Karmaflow in Concert is a specially formed band that will perform the music of Karmaflow live on stage. Together with a string-quartet and an alternating cast of guest-singers (from the original cast which can be found in the game) the band will be performing on club-stages in 2015.