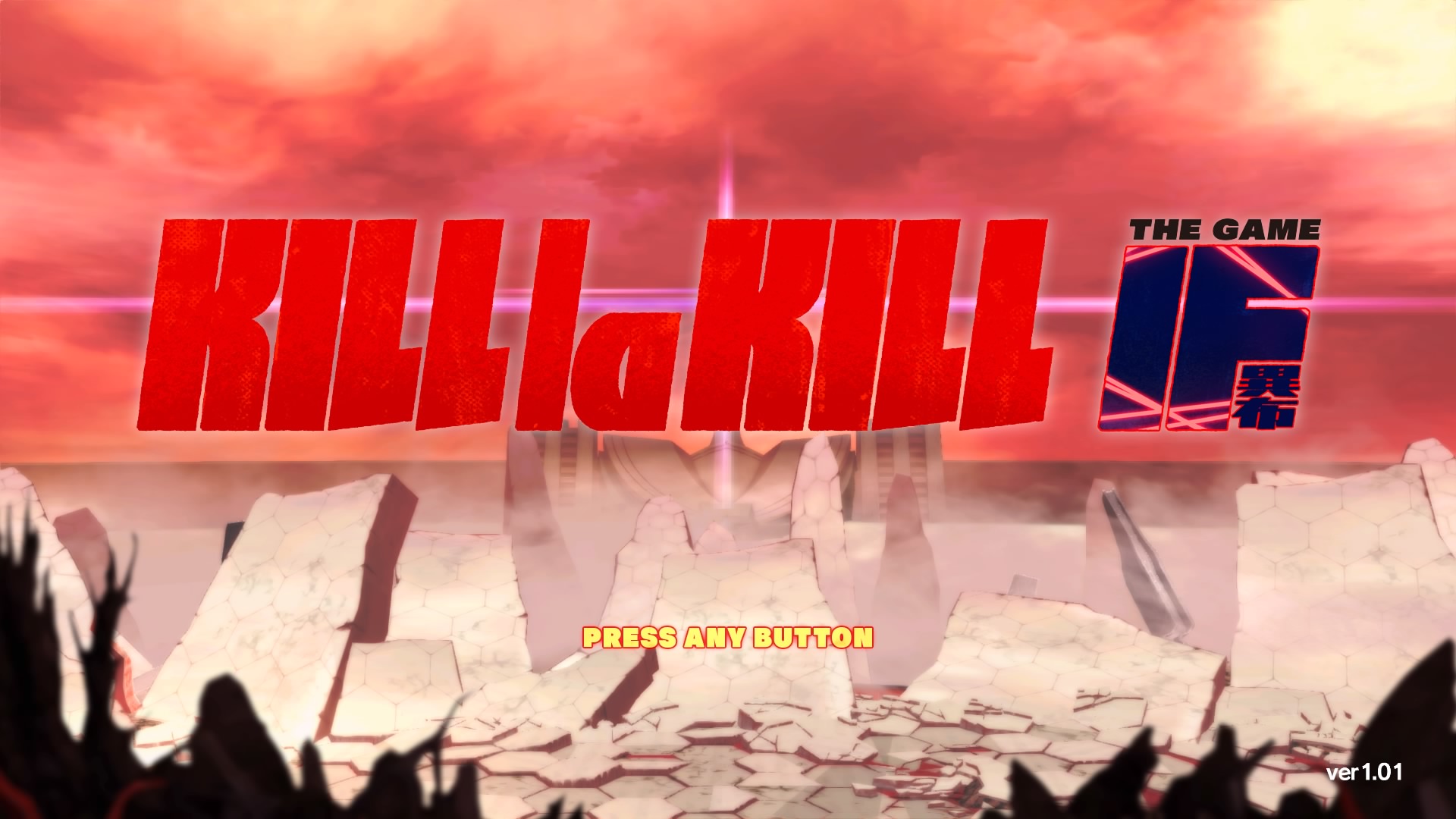 Sexy costumes, wild powers, talking sailor uniforms, and world domination with the power of clothing – these are the factors that make the Kill la Kill: IF game and the anime series extremely similar. “IF” takes in the factor if Kiryuin Satsuki is really the protagonist or not in its narrative focus.

The Kill la Kill: IF story mode has two versions, Kiryuin Satsuki’s story of “what if” and Matoi Ryuko’s side. It’s an interesting plot that gives the fans of Satsuki the satisfaction of what could have been if she was the main protagonist of the anime series. It does have similarities to the original plot, but then it goes off into a vastly different direction at a certain point and casts Ryuko as a side character. In order for me to avoid spilling any spoilers to you readers, I will avoid talking any important points of the story so you will be surprised. But here’s what I can tell you, the story mode isn’t dragging as it is not too long and it’s not disappointingly short either, it’s what I can say “just about right”. It does reveal an interesting form of Satsuki, which can only be played on this mode, unfortunately.

The gameplay itself in Kill la Kill: IF is not that exceptional, but it is simple enough for a 3D arena fighting video game. You can smash buttons for combos, combine it with other buttons for different move variations, hold a button to unleash a stronger attack, hold one button and press another one to release a special attack, and so on and so forth. It does have a rock-paper-scissors feature that makes you predict the opponents’ attack and charges up your special gauge to unlock your top form. While this is a mechanic that spices things up, unfortunately, I tend to suck at the rock-paper-scissor feature as the AI frustratingly predicts my every move which makes it a little bit annoying. However, the special attacks are flashy and it reminds me of the scenes from its anime counterpart which I consider this as a great fan service.

Both the English and Japenese dubs are top-notch. It’s impressive that the actors behind the characters can read their lines well, however, the English voice overs can be a little bit agitating to hear. The soundtracks too brings another fan service point as every musical score came from the anime; they’re both engaging and fun to listen to.

Just like any other Arc System Works game, Kill la Kill: IF has one of the best combinations of anime and 3D visuals combined. It feels like you are watching the anime, but at the same time, you know that you are playing a 3D arena fighting game. The special effects have that nostalgic sparkly shine and the exaggerated explosions just like from the original anime.

There are some unlockables in this game like certain character variations, secret characters, artworks, game modes, and more. It can be unlocked by game points, which you will have to grind for either in story mode, versus mode and others. Getting these game points are easy since it’s not that demanding in terms of prices for each unlockable so you can pretty much get a lot of these cool stuff early in the game if you want.

Kill la Kill: IF is the ultimate fan service fighting game. The game satisfies what the fans are craving for – from the original soundtrack to their beloved characters – but this alone is not entirely a good thing either. For instance, if you’re a newcomer to the franchise, you’ll be brought up to a point where all becomes confusing especially when following its plot. Even though the gameplay is casually enjoyable for both hardcore fans and newly interested individuals, they have to understand the overall story to appreciate what the game offers narrative wise when playing the story mode.

While the game isn’t friendly to newcomers, another issue I found, which I could definitely not ignore, was the lack of playable characters. Sure, the characters featured are more interesting and had a lot of involvement in the story, but come on! Surely they could have added more characters in the roster, no matter how oblivious they were in the anime series. The default roster is so small that you are forced to play the story mode in order to expand the character list even a little, which is sad. The unlockables are quite overpowered as well, like the second variation of Ryuko and Satsuki using dual-wielding blades. Sure, the final forms of those two girls were overpowering, but at least add them in versus mode, so we can fully enjoy their abilities.

Kill la Kill: IF is a fan service game that fulfills the satisfaction of the fans of the TV anime series, but can confuse and overwhelm the newbies. In order to appreciate this game, one must definitely watch the anime first. It does have its good points, but overall it just falls short as a good 3D arena fighting game compared to the others.

Disclosure: This review is based on a review code provided by Arc System Works. Read our review policy to know how we go with our game reviews.
Tested on: PS4