Kingdom Hearts Missing Link Players Can Make Their Own Avatars

Put on your Disney hat and color it the way you like it with your character! 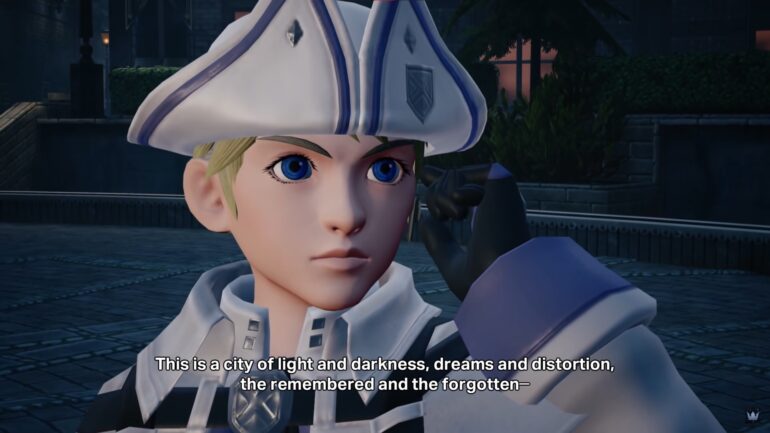 Kingdom Hearts Missing Link, one of the titles mentioned in the Kingdom Hearts 20th Anniversary video, has a rather interesting feature to look out for.

Kingdom Hearts Series Director Tetsuya Nomura recently spoke with Japanese magazine Famitsu in an interview to talk about the titles that got announced during the big reveal. One of them was Kingdom Hearts Missing Link and he shared a rather interesting tidbit that might just tickle a fan’s happy bone.

According to Nomura, players will be taking on the main character role in this mobile game. He then revealed that instead of having a character already built for them, players can create their own via the character creation feature. They would make their own avatar. He said that it will be similar to what they did in Kingdom Hearts Unchained X (Union X).

That would be an amazing feature to have. Players can customize their characters, dress them up with Disney or Square Enix game costumes, and more. Hopefully, the character creation feature will be extensive though from deep facial customizations and more.

Nomura also talked about augmented reality technology. He shared that they are still in the process of experimentation and working on different worlds. He said that when a player goes into a location, in-game it would turn into something that is inspired by a certain Disney World. There was a time that the map would covered entirely in Disney motifs, but that would be overkill. (Yes, that would be overkill alright.)

Players can just go to any location they want to transform into a Disney World realm in the phone. If they do not feel like going out, they can just use in-game currency or points so they can teleport there immediately without going to that location. Nomura does say that players can avoid that by just simply going to that location, but there could be times they cannot do that so at least there is an option.

So far there are no other details about Kingdom Hearts Missing Link. More could be coming in the later days.

Kingdom Hearts Missing Link is current in development for iOS and Android.