Kirby and the Forgotten Land Demo Out Now 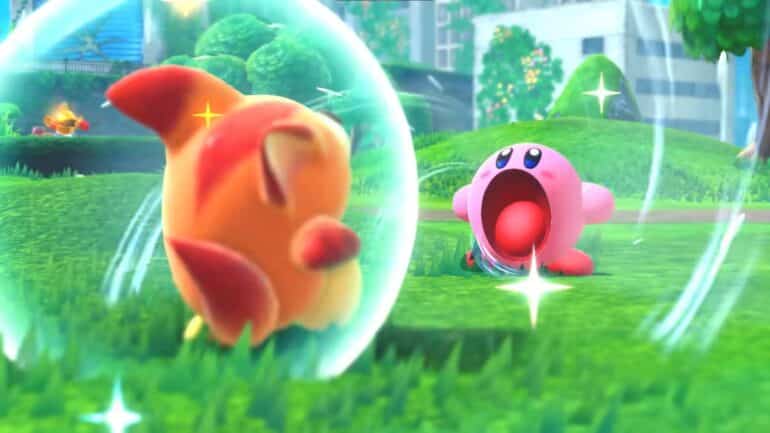 Nintendo has recently announced the launch of the Kirby and the Forgotten Land demo today.

The launch of the free game demo today is just three weeks away from its official release, which is on March 25, 2022. This is developed by HAL Laboratories and the most awaited next entry of the Kirby franchise.

It focuses on the story of Kirby being spirited away into a world abandoned by people. Kirby must now rescue Waddle Dees who has been captured by a group of evil animals. It is a full 3D game and takes inspiration from popular game Super Mario 3D World by adapting the game’s 2D level designs to 3D versions then adding the Kirby mechanics in.

One of the most interesting features that was shown last month was the ability to suck in objects and turn them and use its functions for attacks, special abilities, and more, which is called the Mouthful Mode. A new trailer was released as well that shows the ability to upgrade Kirby’s usual copy abilities like turning the regular fireball ability into a volcano.

The video also confirmed that a free demo is now available on the Nintendo eShop for the Nintendo Switch, which allowed players to try out the first three levels before the launch on March 25, 2022. It will have two difficulty modes, the easy mode for newcomers to the series called Spring-Breeze Mode and the difficult mode that offers more rewards called Wild Mode. The demo also has the ability to play in co-op with the second player controller a Bandana Dee. No word yet if the progress in the demo will carry over to the main game.

Kirby and the Forgotten Land will be released on March 25, 2022. It will exclusively launch on Nintendo Switch. The game demo is also available now to download on the Nintendo eShop.