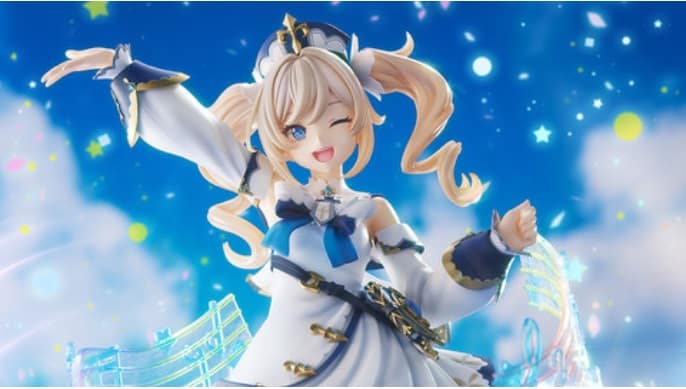 Kotobukiya, a well known Japanese model toy maker company, has made a 1/7 scale figure of one of the most popular characters in Genshin Impact, “Barbara”, from miHoYo. Reservations will start soon.

As for the figure itself, it features a pose evocative of her card art. Musical notes, made of translucent plastic, surround the figure. The final product will include two pre-printed face parts.

When can you pre-order the Barbara 1/7 scale figure?

According to the Kotobukiya official twitter feed, this 1/7 scale figure of popular character Barbara, who is a mainstay in Genshin Impact, is set to be released soon.

The Barbara figure has a dynamic pose such that you can hear the line “Music, Start!” when her skill is activated. Barbara, who happens to be a prayer pastor of the West Wind Church, is also an idol of Mondo.

Details such as the reservation start time and price have yet to be announced. Stay tuned for more updates.