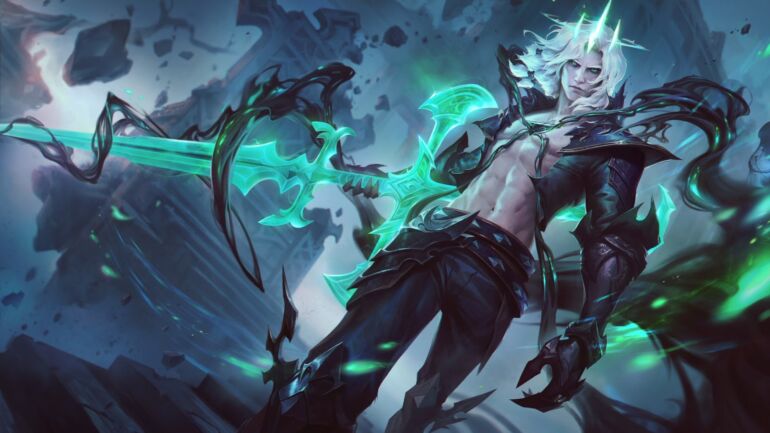 The new video features the newest champion to join the roster. He is the Viego the Ruined King and his sole task is to destroy the Nexus.

Viego will be playable soon in upcoming patch 11.2, which was confirmed by Riot Games recently. In the video, it is Senna and Lucian that faces off with him in the middle of The Mist.

Passive – Sovereign’s Domination
Viego can temporarily possess enemy champions he helps kill, healing for a portion of their max health. During possession, Viego’s items, attacks, and non-ultimate abilities become those of his slain enemy’s, and he gains a free cast of his own ultimate, Heartbreaker. While possessing an enemy, Viego also gets bonus movement speed when moving toward enemy champions.

Q – Blade of the Ruined King
Passive: Viego’s attacks deal a percent of the target’s current health as bonus damage on-hit. When Viego attacks an enemy he recently hit with an ability, the attack strikes twice. The second strike siphons health from the target instead of dealing regular damage, but still applies on-hit effects and can critically strike. This passive is maintained during possession.

E – Harrowed Path
Viego spreads a wave of Black Mist around a nearby wall. While in the mist, Viego becomes Camouflaged and gains Attack Speed and Movement Speed.

R – Heartbreaker
Viego discards any bodies he is currently possessing and teleports forward, attacking the enemy champion in range with the lowest percent health and dealing bonus damage based on their missing health. Other enemies in range are knocked away.