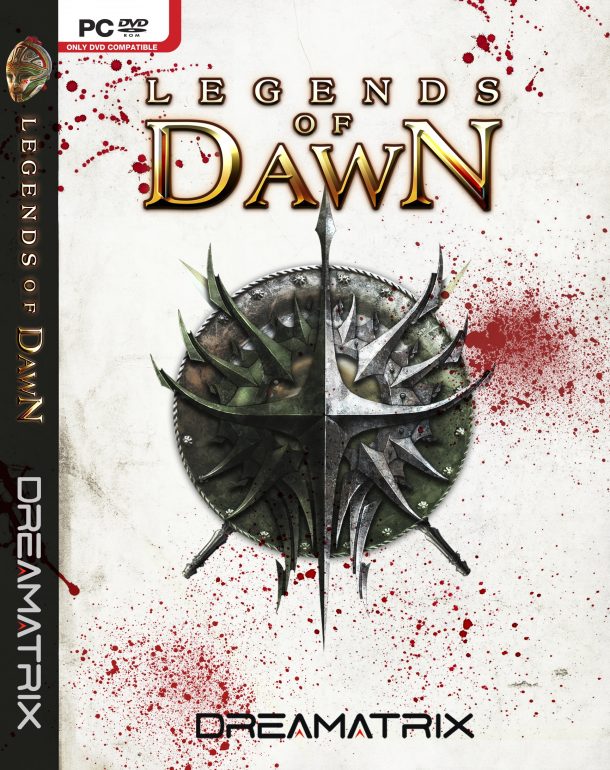 Legends of Dawn is a single-player open world role-playing video game developed by Dreamatrix Game Studios.and published by Valve Corporation via their digital distribution platform Steam. It was released worldwide on 27 June 2013 for Microsoft Windows.

Set within a fictional world of Narr, which spans several continents, the player is free to explore and progress at his or her own pace. The game presents you with three kinds of characters namely human, elf and danian. You get to see in the game’s character creation something quite reminiscent of old-school games such as pre-set stats. It’s character models aren’t quite as impressive in themselves. As you start the game, it starts off normal. On the bottom is your action bar, on the top right is your health and mana bar, on the top left is the mini map and a bunch of buttons that take you to different screen like the skill bar or your inventory. However, soon after the few minutes of the start of the game, it already  gives you a hint that you will have to fend for yourself, just like on what to do or where to go. In summary you have to figure out the game all by yourself. The game is quite old-school. In order to understand the game it requires much of time investment. The game requires you to read its manual a lot as the game doesn’t really have tutorials and to explore the game’s world entirely and time investment is something that modern gamers don’t really have such as  gamers who are also students. This would make sense as to a lot of open world games do not really have much of tutorials to offer but this game actually tells you to approach a manual, something only a rare amount of gamers do. With all honesty, I found myself scratching my head most of the time.  If you are the type of gamer who wants his game mechanics handed to him on a silver platter via tutorials, guides or hints, then I recommend you to pass up on this game, If you’re the type of gamer who likes to start from scratch then you might want to check this out.

For its Graphics, tweaked or high the games graphics are pretty much ok. There is pretty much nothing to be said about its graphics. It’s details and level of texture would give you the impression that this game was released during 2008 only to find out it was released on 2013. Not only does its gameplay give off an oldschool feel, but so does its graphics. Despite having its patch, the game requires a little more optimization even with the graphics set on its highest. Although its graphics are okay, the game stutters sometimes. Overall the games graphics aren’t too showy but it’s not too boring too but it is subject to glitches. With the graphics being honestly bland, it doesn’t quite capture the innovation the game boasts. It fails to separate itself from any other RPGs out there graphics wise.

Sounds are what makes games memorable. Without sounds the game is just as boring as a rock. Playing the game, it seems to suffer in terms of having memorable audio. First off is it’s voice acting. The voice acting is not superb. Voice acting is what gives these characters life. Saying all those the game makes you feel as not much effort was put into its voice acting. It is quite hilarious. The dialogues felt forced, as if you were paying attention to a highschool kid’s dialogue. It failed to deliver a natural feel on the voice acting that would make you take the characters and their dialogues seriously. Secondly  the soundtrack. Sometimes what makes a game enjoyable and memorable is it’s soundtrack. It sets the game’s mood and would adapt depending on the portrayed scenario. For Legends of Dawn’s soundtrack, the game doesn’t quite have soundtracks that could be memorable or soundtracks that would spice up events or put you into the situation. The soundtrack does not make fail to make you feel the medieval atmosphere it portrays but it doesn’t stand out as much and that would effectively make the game’s audio  quite boring. To summarize it all the game’s soundtrack is quite forgettable. It’s not quite boring and it’s not too grand but it’s simply forgettable.

Legends of Dawn is not too bad but it has its shares of flaws as mentioned above. These flaws target what could make this game worth the replay experience for example is  its incredible demand of time investment and discovering the mechanics yourself as you go deeper in the game just made me neglect the game overtime due to constraints such as thesis. Time is something that gamers, especially gamers with occupations that also demands time. consider time as gold(unless you’re hardcore) and a game that demands time on the basic stuff is a game that would drop your interest of playing it half-way as to no player would want to spend most of the time wandering aimlessly in-game. No one wants to suffer the fps drops due to low optimization and the  experience of spending most of precious game time figuring out how most of the game works. Again.