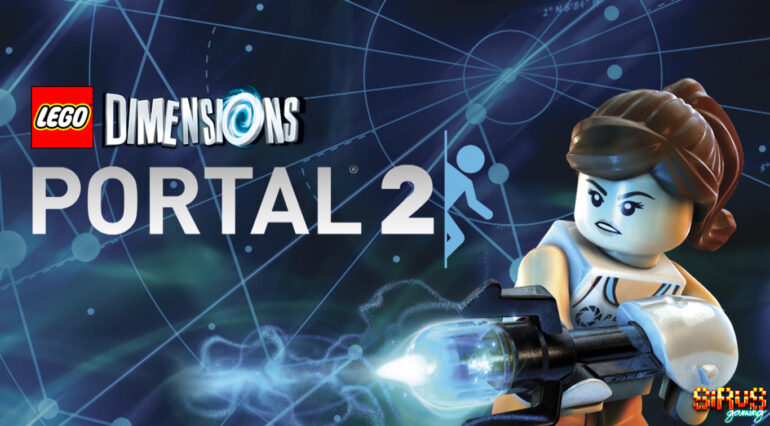 One of the level packs that were available to play in Lego Dimensions was Valve’s Portal 2. The set comes with a Chell minifig complete with a portal gun accessory, a sentry turret as the main vehicle, and a companion cube. Since Chell is the only minifig released in the Portal series so far and since there’s no news about an upcoming fun pack yet, those who would want to play the separate Portal adventure world must get the set. Portal 2 is actually part of the worlds in the main story so you can still go through the test chambers as Batman, Wyldstyle, or Gandalf.

Talking about the toys first, they are pretty much high up in the scale of fun and goodness. We have a Chell minifig that has a pretty nice face and hair mold plus the printing of her tank-top testing clothes is pretty neat. The only notable flaw in this set is the paint application on the portal gun; white paint on black rubbery material isn’t really that good but the other physical details of the accessory is nice. The sentry turret is also nicely detailed despite it being out of scale from the minifig. The main build’s issue with the short hind leg can easily be fixed by adding a stud to give more length but the other configuration would rely on the stand to actually stand upright. They actually made the companion cube thrice as useful by giving it configurations; first upgrade is a laser deflector and the final upgrade is a cube that gives out hearts. The companion cube prints on the plates are really nice as well. 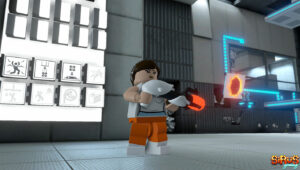 Moving on to the game proper itself, the Portal 2 world levels and not including the levels included in the main game, it’s pretty much the Portal game in Lego form. To put it simply, it can pretty much pass as Portal 2.5 as based from the dialogues being said by GLaDOS and Wheatley, they seem to be referring to events of Portal 2 as events in the past. The adventure levels stayed true to the Portal games with a notable difference with the levels that you can play in the main story; since it’s not really necessary to play as Chell in the main story, most of the puzzles and obstacles were made to be solved by the three main minifigs.

The adventure levels only had limited spots where you can shoot out your orange and blue portals unlike in the original game wherein you can shoot any static panel lined with moon dust so solving the levels are not as complex as the original gameplay. Nevertheless, the adventure levels still retained the portal physics and the test chambers still had the familiar mechanisms such as the launch pods and the light bridges. What’s nice about the levels is that they still had those secret rooms with cryptic and mysterious writings on their walls and players still have to weave through the test chambers and through the back corridors where GLaDOS only has limited vision on. 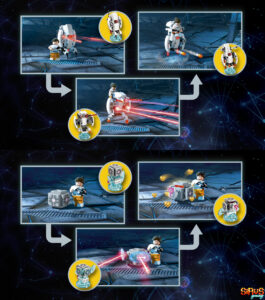 One great thing about the inclusion of the whole franchise itself are the character voices. Of course, Chell was and has always been mute but having to listen to Wheatley’s snarky commentaries and GLaDOS’s bipolar and psychopathic tone brings back memories from the first two games. Included also in the game are Cave Johnson and the personality cores’ voices. Lego Dimensions has been nice enough to get their respective voice actors back to record new lines for the game.

Overall, the whole set is great as a toy and as an expansion pack for the main game. Having to play Portal in Lego form itself is so much worth getting the set and playing the adventure world. There’s no word yet if Portal 2 is getting another expansion set and as much as I don’t want to say it but I doubt they would make new molds just for Atlas and P-Body, but as a Lego fan, I’d say they already started with it, might as well follow through. *crosses fingers for a test chamber playset* So if you’re a fan of the Portal games and you fancy Lego as well, you might want to give this expansion set a try.

Can pretty much be summed up as Portal 2.5, the adventure world of Lego Dimension’s Portal 2 did great in staying true to the gameplay of the original game while still retaining the aspects of a fun Lego game.

Lego Dimensions: Portal 2 set is compatible for all console versions of the game.

This review is based on a set purchased by the reviewer.