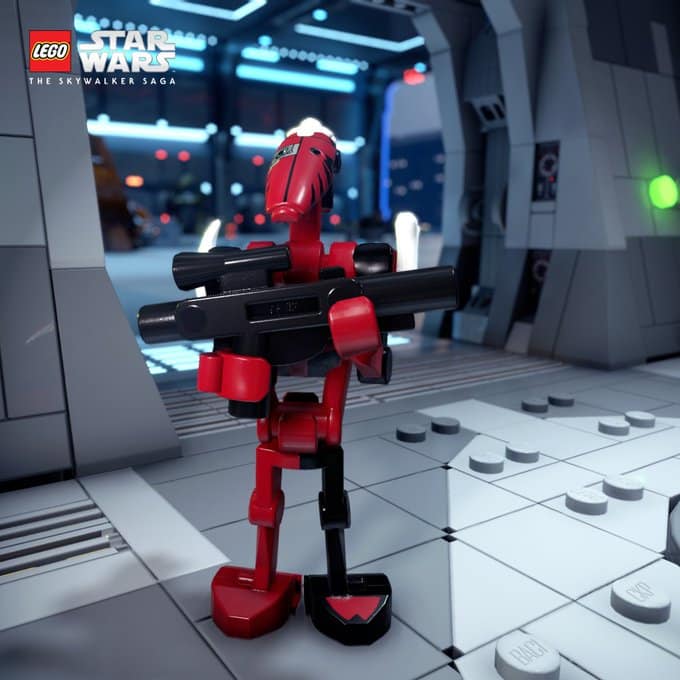 Mister Bones in LEGO Star Wars: The Skywalker Saga, is the most recently added character to be unlocked by a cheat code.

A dream of every Star Wars fan is to point at a character on screen and go, “I know this guy.” and the extensive list of characters we have in the LEGO Star Wars The Skywalker Saga is quite impressive, much like the life and times of character focus of this guide – Mister Bones.

Read this guide, which explains how to use his combinations and how to unlock him.

Who Is Mister Bones in Star Wars?

The B1-series Battle Droid who would become Mister Bones originally hailed from the planet of Geonosis but later ended up in the catacombs under the surface of planet Akiva. Resistance pilot Temmin “Snap” Wexley, as a boy, built Mister Bones using parts he had scavenged from the abandoned Separatist factory in Myrra city.

Temmin, through painstaking effort, was able to put together the droid, who he then named Mr. Bones. Despite being constructed using old Separatist diagrams, the droid needed to be modified to become functional and… intimidating.

Mr. Bones served as a bodyguard and was close to the boy, whose father had been taken away by the Galactic Empire and whose mother had left him to join the Rebellion.

During the years of the New Republic, the droid saw a lot of action, particularly during the missions that involved former Imperial Rae Sloane, Han Solo, and Chewbacca.

After years of service and near misses, all the damage Mr. Bones suffered finally caught up to him during the Battle of Jakku, manifesting as reckless rage. At the closing of the battle, Mr. Bones brutally took down enemies left and right before being disintegrated by friendly fighters in an unfortunate friendly fire incident.

How to Unlock Mister Bones in LEGO Star Wars: The Skywalker Saga?

You can unlock Mister Bones by using a cheat or unlock code, like the one above from the LEGO Star Wars Game Twitter account. If you’re wondering where the code is, you can vaguely see it at the bottom right of the image. Or you can check down below for the actual code.

Mr. Bones can be unlocked in the game using the code: BAC1CKP.

To use the code, all you need to do is open up the Enter Code option in the pause menu. Enter the code above, and voila, you’re done.

Once you’ve entered the code, you will have access to the most violent & murderous Battle Droid ever created. Redeeming characters allows you to save up on Studs to spend elsewhere. You can check out our Cheat Codes guide for other characters you can unlock right now.

Alternatively, you can unlock Mr. Bones in-game by getting the Gold Medal in Scramble Run: Exegol.

To do this you’ll need to progress through the main story and reach Episode IX: The Rise of Skywalker. You can find the Scramble Run: Exegol mission in Exegol space.

To unlock Mr. Bones you will need to finish the race in 55 seconds or less, in other words, what you need to do to get the Gold Medal. you can use any ship you have, piloted by any of your characters.

After the race, Mr. Bones will be available on your character selection screen at the cost of 100,000 studs.

Unlocking Mr. Bones nets you a very interesting character with a unique move set. For those not in the know, true combos are strings of attacks that cannot be blocked or reacted to. But more importantly, these combos are stylish and super fun to pull off.

YouTuber Threepio (C3POwsome) shows off all of Mr. Bones true combos in their video, including the inputs you need to pull them off:

And that’s everything you need to know about Mr. Bones from LEGO Star Wars: The Skywalker Saga Skywalker Saga. Hopefully, you’ve got to know this unique battle droid and its backstory.

LEGO Star Wars: The Skywalker Saga is a dream come true for both Star Wars and LEGO game fans alike. Not only do we get to revisit every game starting from LEGO Star Wars: The Video Game and beyond (all in glorious HD graphics btw), but the game is full to brim with nods to characters that appeared in Star Wars media over the years.