A guide on how to unlock Kylo Ren in LEGO Star Wars The Skywalker Saga. 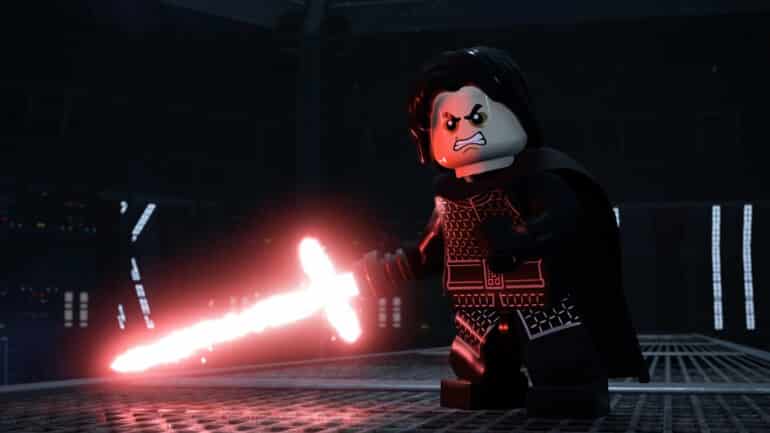 Kylo Ren is undoubtedly one of the most memorable characters in the latest trilogy of Star Wars and of course, he wouldn’t be absent in LEGO Star Wars: The Skywalker Saga. He has gained infamy for being the angsty antagonist of Episodes 7 to 9 who, in the end, still managed to have a change of heart.

To unlock Kylo Ren in LEGO Star Wars: The Skywalker Saga, complete the final mission of Episode VII: The Force Awakens called Destroying Starkiller. Once completed, open your holoprojector and go to Characters > Dark Side and select Kylo Ren. You can then use him in Free Play mode once you purchase him for 200,000 studs.

All of his versions are part of the Dark Side. Here are the rest of Kylo Ren’s playable minifig variant in the game:

How to Unlock Kylo Ren (No Helmet)?

Complete the Destroying Starkiller mission in Episode VII to unlock the Kylo Ren (No Helmet) version.

How to Unlock Kylo Ren (No Helmet – Scar)?

How to Unlock Kylo Ren (Topless)?

Complete the Ground A-salt mission in Episode VIII to unlock the Kylo Ren (Topless) version. Not quite the Wide Kylo Ren that we want, but we’ll take it.

Complete the fourth mission in Episode IX called “The Strength To Do It” to unlock the Kylo Ren Episode IX version.

His character’s attitude, despite being akin to a kid having temper tantrums, was still like by some fans. It even birthed memes like the Wide Kylo Ren and even created a joke character named Matt the Radar Technician, who is basically just Kylo Ren in disguise. Though we’re still crossing our fingers that we get those two in minifig forms in the game, we still have a couple of Kylo Ren that we can play as in the current version of the game.

Check out this video by RajmanGaming HD showing the interactions between the characters in the game: