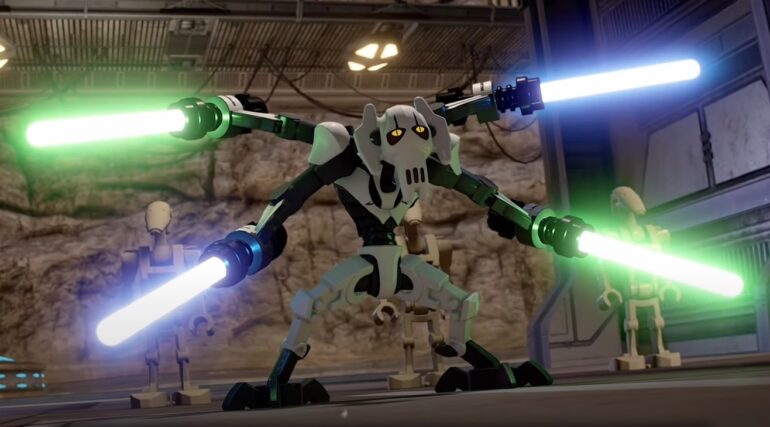 General Grievous is one of the most popular villains of previous LEGO Star Wars games, so it would be a huge disservice if he was not included in LEGO Star Wars The Skywalker Saga. With over 300 characters playable in this new title, it was a no-brainer to add this powerful four-armed cyborg warrior.

This guide will give you the method on how you can unlock General Grievous in LEGO Star Wars The Skywalker Saga.

In order to unlock General Grievous, you will first need to fully complete Episode 1 The Phantom Menace and Episode 2 Attack of the Clones. There is no need to go through all the sidequests, challenges, and all other unrelated missions from the main ones. Just complete all story missions and you are good to go. It would usually take 4-10 hours to complete depending on how you would play the game. Just ignore all other objectives and speed through all of the main ones.

After finally completing all missions from both episodes, fire up Episode 3: Revenge of the Sith. After a big and final fight against Count Dooku, rescuing Palpatine, a run in with General Grievous, and that big scene with the Jedi Council with Anakin, players will be tasked to travel to Utapau to pursue the powerful droid general.

Fans of Star Wars should be familiar of the scene where General Kenobi drops in and surprises General Grievous while preparing to depart, just like in the movies.

How Many Studs Needed to Purchase General Grievous?

General Grievous can be purchased for 200,000 studs in the Holoprojector menu after completing the “So Uncivilized” mission and seeing the subsequent cutscenes. You can find him in the “Villains” category.

If you don’t have enough studs to buy him, you can research the best ways to farm studs. Grievous can only be obtained through studs because there is no known cheat code or alternate unlock method to get around the stud restriction.

There will be no way to employ Grievous on your initial playthrough of upcoming missions, as he will only be available in Free Play. In spite of this, his blaster and lightsabers make him a very useful character. Grievous is a great buy if you have the studs to spare.

Check this awesome video by Blitzwinger of his walkthrough on how to Unlock General Grievous in LEGO Star Wars: The Skywalker Saga: