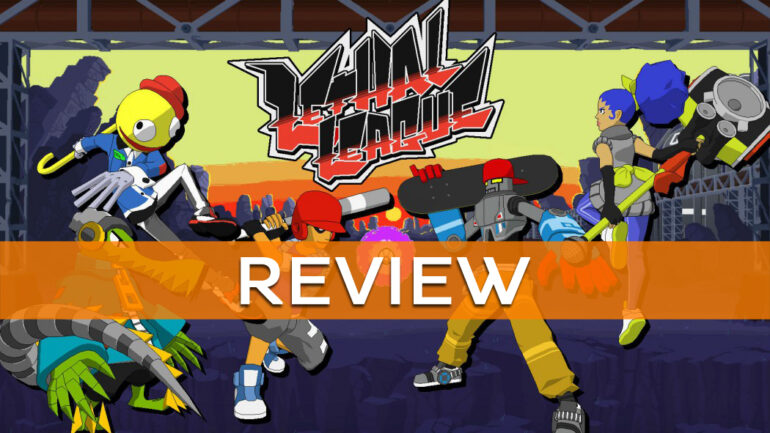 “Completely rebuilt from scratch” was the declaration of the two-man development team. I say; they never built worthy of your time.

Lethal League is a multiplayer fighting game released initially on Steam by Team Reptile which was a smash hit and even received an Overwhelming Positive score. They have released this game on both Xbox One and PS4 users; and I couldn’t be anymore than be disappointed. 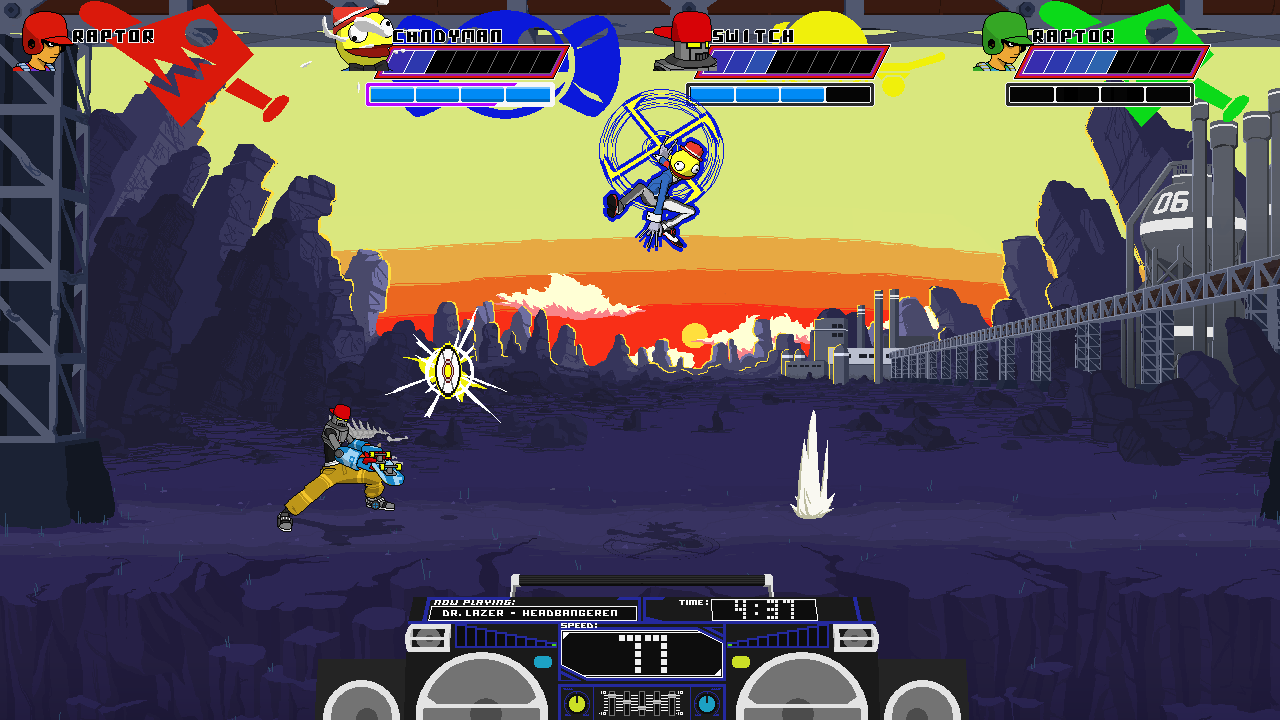 Platform Reviewed: Xbox One
Platforms Available: PS4, Xbox One, PC
Developer: Team Reptile
Publisher: Team Reptile
Release Date: May 10, 2017
Price: $14.99
This review is based on a review copy provided by the developers/publisher.

Candyman, who looks like a walking lollipop, is also among one of the characters and he specializes in allowing the ball to teleport to the other side of the map when it would normally bounce. Last character is named Dice who controls the arc of the ball with directional buttons on your console. It is great knowing that you can choose multiple characters to play with as you play along with your friends. Especially that each one of them has different color schemes to choose from. You don’t have to pay extra to get those additions and you have a variety of three to four-color combinations.  That is quite a surprise for me as a new player to this game but unfortunately, that was the first and last time I get to have that feeling.

Played in a 2D rectangular stage, players composed of two or as many as four will have to hit the anti-gravity ball at their opponents, while you have to avoid being hit by the ball itself. When a player hits the ball he is safe until someone hits it again. Continually smacking the ball across the map generates ball speed, it somehow looks like a modern twist to your classic game of ping-pong, until someone gets struck or eventually when all opponents are defeated. Then the winner is announced as the last man standing in that round. It sounds fascinating and all but don’t let it fool you. You have limited movements; jump, kick/hit (depends on the character that you are playing) and their specials.

You can’t even add additional movements in midair unless that’s the specialization of your character. So I was in the challenge mode and was really gaming hard in defeating this AI when the ball was stuck going left to right across the stage at the top most area. Going back to the limitations of its movements, I couldn’t do anything to redirect the movement of the ball because I couldn’t combine kick/hit when jumping. For the next two minutes, I was just running back and forth thinking how pointless this game was until the ball just resetted itself and reappeared at the middle of the screen.

Getting known as a multiplayer projectile game, I decided to play with other existing players just to prove that maybe I was just being unfair since I was playing with AI at that point. Lo and behold, it created more senseless gaming to me as I didn’t feel the cutthroat intensity in comparison to playing games like Smash Bros, which this game is highly compared to. I don’t really feel the teamwork vibe when paired with someone online as the four of us just jumps back and forth to somehow avoid and hit the ball at the same time. I recommend playing this game with friends to make it more familiar, fun and competitive.

I may have been very straightforward that this game is disappointing but it also has its own high time. Sounds are amazing on this game, banging beats done by various artists and correlated to the different stages that are available on the game. EDM Music adds playful and upbeat vibes to the players especially on challenge mode. Graphics are on the cartoony side which gives off a vibrant feel to the game as they showcase bright colors. It was noticeable that the backgrounds are not in full static images which helps your eye focus on the ball and the movement of the players.

Even with moments of trivial gaming here and there, I still have hopes for this game that maybe they will have this upgraded soon or someone out there will prove me wrong. Who knows?

The game is just really bad. Simple.
Read our Review Policy here to know how we go about our reviews.

Reviewed by: May Alturas from The PlayStation Hub.