Life is Strange True Colors: Sign Typhon’s Affidavit or Not? 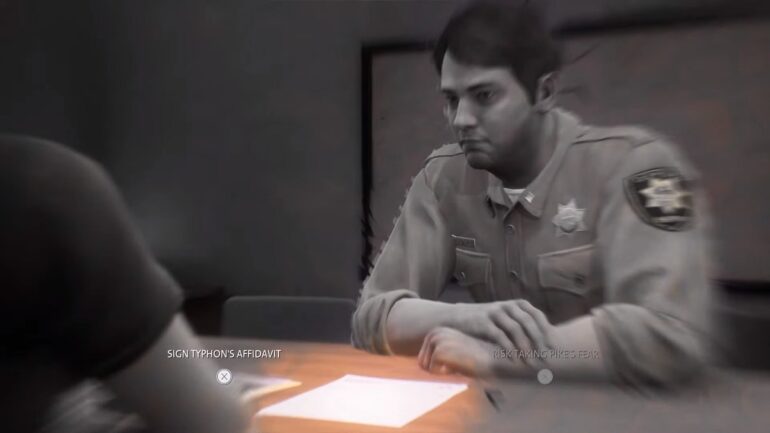 Life is Strange: True Colors, the third installment in the Life is Strange series, similar to its predecessors, utilizes choice and consequences heavily in its gameplay and story. One of the examples of this is the choice you’re presented with during the game’s penultimate chapter.

At this point in the game, Sheriff Pike will arrest you at Diana’s behest because you stole a USB belonging to Typhon. Incidentally, this USB contains crucial evidence against the mining company.

While in custody, Pike reveals to you that Typhon has been spying on her all along and that they’re willing to let her go for as long as she gives up the evidence she’s acquired. Pike then gives you an affidavit to sign. However, this isn’t your only option. While all of this is happening, Alex also senses Pike’s immense fear of Typhon. You now also have the option to refuse to sign the affidavit, all the while risking taking Pike’s fear of the company instead.

Having said these, which of these two options should you go for?

Should You Sign Typhon’s Affidavit or Risk Taking Pike’s Fear?

If you choose to sign the affidavit, Pike will be content with your decision and you will then be let go. However, his fear of Typhon will remain.

If you refuse to sign the affidavit, Alex will take Pike’s fear of Typhon. He will take the USB and let you go.

If you decide to sign the affidavit, as mentioned, Pike will continue to fear Typhon. During the fifth and final chapter of the game, as you attempt to expose Typhon during a town council meeting, Pike won’t take your side. However, if you do decide to take his fear away, he will stand up for you instead and present the evidence contained in the flash drive you previously gave to him.

Also check out this video by MrRedRivers on this topic: