Now if they could make other regions to reach the rest of the world.. 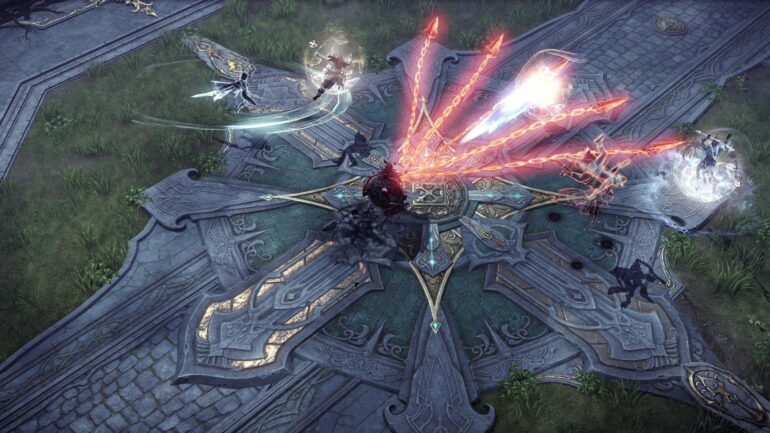 Lost Ark is so popular in Europe that the Central Europe servers are always full during peak times compared to other regions. Amazon Games and Smilegate are now looking for a solution to solve this growing problem.

The game attracted so much attention that it gained over half a million players in a day even though it was still before the official public launch and the early access. Amazon had to delay it for a few hours in order to accommodate the surge of players when the server doors open.

Unfortunately, the delay and preparation was not enough as player numbers were about 1,325,305 during the weekend. This caused very long queues especially in the Central Europe region. Some queues were not that long, but Kadan especially had long queues that lasted up to several hours of waiting.

To finally combat the issues with long queues, Amazon is now planning to add new servers and these will be inside a whole new region for Europe. According to the official website of the game, it will be a separate region from Central Europe. This will possibly make two regions now for the entire continent.

“Due to the game’s architecture this is the only way to accommodate more players in Europe so it’s a joint effort between Amazon Games and Smilegate RPG,” said the developers. “Rest assured we are working 24/7 until it’s live.”

The developers clarified this will be a whole new region that is separate from Central Europe without cross-region play availability. Region-wide features like the Royal Crystal and Silver balances from Central Europe will not be accessible in this new European region. Players who are planning to move to another server within Europe and others who have not yet created a character can join this region when it goes up.

The developers are giving us perks though for celebrate the launch. This will be available once the new region goes up. Check them out:

If waiting for long queues in Central Europe makes you impatient, it might be better to join this upcoming new European region for easy server access.