A lackluster psychological thriller that needed more time in the oven. 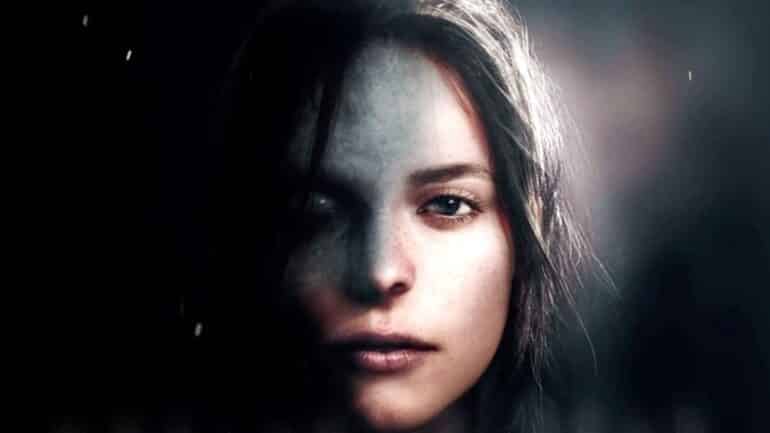 I feel that Martha Is Dead is a bit misleading of a product. From what little is revealed, it presents itself as a first-person horror game revolving around a White Lady haunting a lake. However, this couldn’t be further from the truth in what I experienced in the final product, which leads me to question several aspects regarding its game design and overall presentation.

Martha Is Dead can be more accurately described as an interactive movie. It isn’t really a game where you run from the supernatural horror. Rather, it’s a game that relies a lot on aesthetics to deliver the narrative. Quite a handful of its aesthetics can be rather grotesque. And at certain times, I can’t help but feel that Martha Is Dead is pushing the boundaries of what could be considered a tasteful presentation.

For a game that’s made by only ten people, Martha Is Dead can be considered an impressive project for such a small team of developers. It tells the story of twin sisters, Martha and Giulia, with one sister being dead and the other investigating the reasons surrounding her sibling’s untimely departure. The game is set in 1944 Italy in the last years of World War II. Martha Is Dead tackles some pretty serious topics and player discretion is advised when heading into the game.

Right from the beginning, Martha Is Dead doesn’t hesitate to show you some pretty disgusting elements. While I disagree with the censorship practices of Sony, I can understand where they’re coming from when they chose censorship when comes to certain scenes in the game.

Early in the game, I was asked to graphically cut the skin off of a dead woman’s face to then put on my own. Considering the fact that Giulia is pretending to be the titular dead Martha, I can understand the symbolism but I can’t help but wish that LKA found a better way to present this.

I feel like some of the strong elements of Martha Is Dead are there purely for the shock factor. At another point, I was tasked to cut open a corpse’s stomach to investigate for signs of pregnancy. The game doesn’t shy away from how vivid the imagery can be and I can’t help but wish they added the option to play the censored version on PC.

I’m not normally so queasy around gore in gaming. But at no point did the above-mentioned ever feel relevant to the themes of Martha Is Dead. It felt like an addition purely added to induce shock and disgust in the player.

Another element that was advertised in Martha Is Dead was the mysterious and supernatural White Lady. While her presence is creepy, she’s barely actually a footnote in the game’s story. Her involvement with the game’s main plot is largely undercooked and kind of serves as nothing more than a glorified gimmick to fit the game’s superstitious aspects. After a certain point in the plot, the White Lady just kind of disappears. I was initially curious yet terrified about her involvement but she winded up being disappointing.

The gameplay of Martha Is Dead is really just a glorified walking simulator with a few interesting gimmicks. There is no real way to get a game over. You’ll walk around the game’s small open sandbox interacting with several objects and taking photos. There are a few side objectives to tackle besides the main story and you’re free to pursue or ignore them.

Photography is one of Martha Is Dead‘s main elements. And I can tell that the developers put a lot of thought and effort into this mechanic. Quite a bit of the game revolves around taking photos and there’s quite a bit of depth to it. You’ll have to adjust the focus, brightness, and several of the camera’s attachments in order to properly take a photo. There are several moments in the game where you’ll be tasked to photograph something specific before the story could proceed. However, you are also free to take photos using your camera whenever and wherever you wish.

After shooting a photo, you won’t just get it into your inventory to view at your leisure. This is 1944 Italy and LKA has taken some steps into authenticity. You’ll have to produce the photos you’ve taken in the darkroom via a small minigame. I actually really like this aspect of Martha Is Dead. The ability to take photographs did breathe some needed life into this rather bleak game.

I did feel that there could’ve been more done to the photography aspect. There are some really cool elements presented that could’ve made it more interesting if it were more developed. For example, you can get infrared films that capture imagery invisible to the naked eye. It only ever needed to be used once to capture a supernatural occurrence in the game to progress the story. I feel like there was a lot of wasted potential in the photography of Martha Is Dead.

Another mechanic that felt rather odd was the Tarot Cards. This perfectly blends into the game’s themes of superstition. However I never really felt their effects. I’m not really certain if something happens in the background that changes some elements of the game when I use them, but I just didn’t feel their effect.

You can only use Tarot Card readings once per day. And quite a bit of it seems random. They’re built up as these supernatural elements in the game which will influence how the story goes but besides adding a few sentences their effects seem nonexistent. Considering the fact that you can only use them once per day and their use is rather optional, Tarot Cards don’t really play that much of a role in the game despite their advertisement. You only really have to use them once for story purposes. They feel like wasted potential that’s really just there for a gimmick.

Sadly, Martha Is Dead is also undercooked. This is clearly a game that needs more time in the oven. I don’t have the strongest hardware but I shouldn’t have too much of a problem running the game. In medium settings, I have experienced some poor textures and terrible vegetation on its small sandbox.

I ran the game on an AMD Radeon RX 5500 XT and I did have some issues getting it to run on Fullscreen Windowed. There were significant frame drops and texture pop-ins that were difficult to ignore. While switching to Fullscreen did fix the frame rate, it didn’t prevent a lot of the distracting texture pop-ins. This game may need to be run with an SSD for a smooth experience.

I’ve also encountered some bugs in some of the game’s side quests. At one point, I’m tasked by the game to send some information to Partisans using Morse code. The telegram wasn’t hard to find thanks to its location being marked on my map. However, the Morse code minigame was glitched as I couldn’t send the proper message no matter how long and short I held down the button to send a “dash.” This problem was completely absent in the next chapter of the game where I could somehow send the proper codes despite holding the button down for the same amount of time. While this seems like a small issue, it did inconvenience me for beyond an hour as I frustratingly searched for Morse code tutorials online only to find that there was no fault on my end.

Martha Is Dead also failed to close properly sometimes at the time of this writing. Whenever I exited the game, it would still run in the background with me having to open Task Manager to be able to properly end the program. I suspect that this issue will be patched soon by the developers.

Martha Is Dead does present a really interesting story with certain twists that can keep you hooked. Unfortunately, the tale can be a bit grotesque so I’d advise having a strong stomach to see it through.

By default, the game runs on Italian dialogue with English subtitles. While it’s a nice catch for authenticity considering the location of the game, I never felt like the voice acting was phenomenal in any way. It does a satisfactory job on its own.

It won’t really take you long to finish Martha Is Dead. It can be completed in a little under ten hours depending on how much you explore and take photos. There’s a bit of replayability if you’re interested in seeing what choosing different options do. There are a few branching options but they don’t seem to alter the story by that much.

Unfortunately, I can’t really recommend Martha Is Dead. It has a slew of problems and wasted potential when it comes to its narrative presentation. And gameplay-wise the game does feel lacking and has nowhere near the impact it clearly wants to have. At the end of the day, it winds up being a more confusing mess than a coherent emotional story. 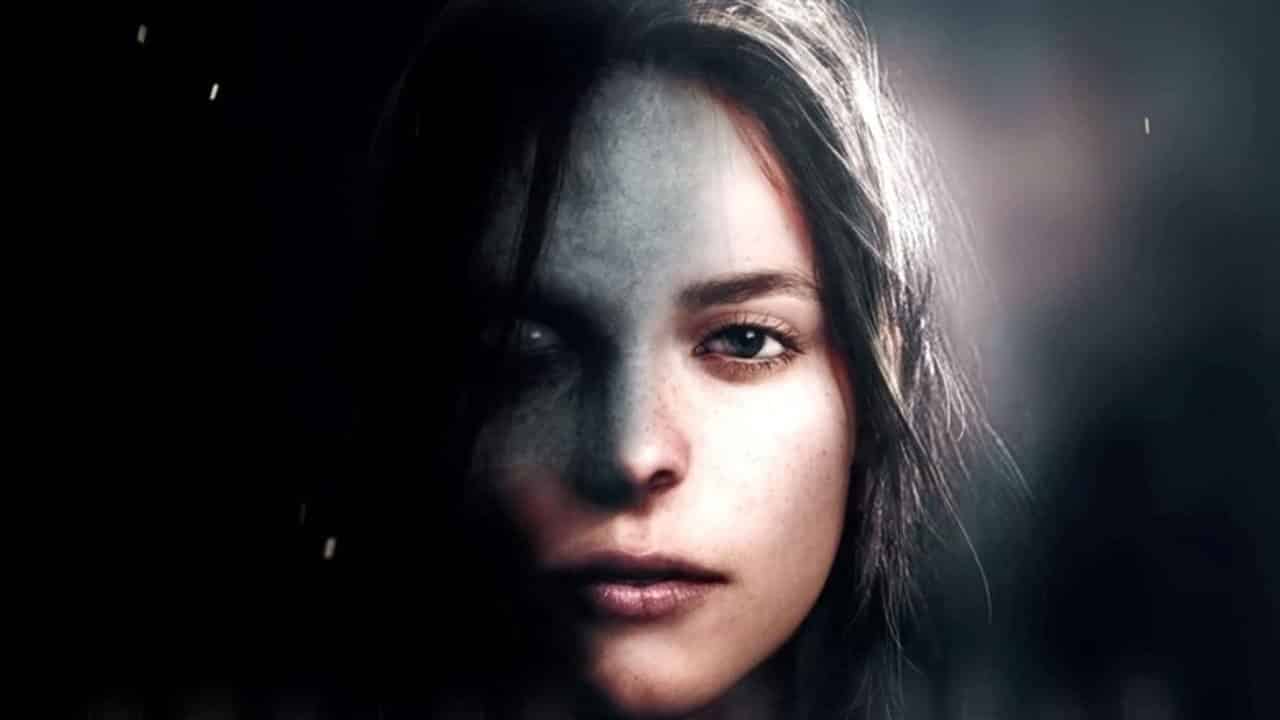 Martha Is Dead – Review
Score Definition
It’s playable, but the game does have a lot of setbacks. The dialogue and sound are just horrible, or it might be plagued with bad mechanics.
Pros
Camera minigame is a fun gameplay mechanic
Interesting psychological thriller
Cons
Lackluster gameplay
Disappointing and confusing story
Relies too much on gore
Frequent texture pop-ins
Uncanny movements
3.5
Bad