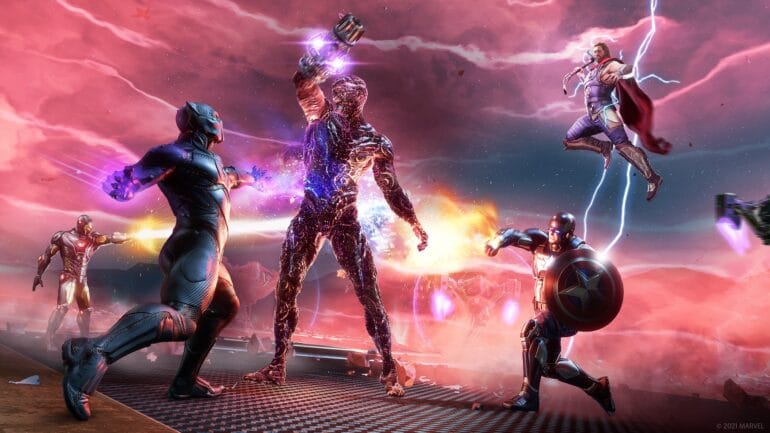 Game company Square Enix has recently announced that Marvel’s Avengers Expansion: Black Panther – War for Wakanda is out now as a free update to all owners of the base game.

Aside from Black Panther, the new War for Wakanda expansion adds two new villains, new environment to explore, new enemies to fight, the Birnin Zana Outpost, new solo or multiplayer Drop Zone and Threat Sector missions, and more. This is the most content that the game has gotten since its launch.

Crystal Dynamics Co-Head of Studio Scot Amos said that this is the biggest and best update that they have made for the game. They are proud to release this content for free for everyone who has the base game. It has all the new features and improvements they have made since launch.

The War for Wakanda Expansion adds more content the game and continues the story after the Reassemble story campaign. The game now offers more campaigns, nine playable heroes, and multiplayer co-op action for up to four players.

Aside from that, Marvel’s Avengers: Endgame Edition will launch as well. This is a digital-only version of the game and will have all of the previous free contents with eight free bonus outfits. It also has several inspired ones from Marvel Studios’ Avengers: Endgame. It is priced $59.99.

War for Wakanda centers on King T’Challa, the Black Panther, who is currently protecting and ruling over Wakanda. Klaw finds a way to invade his kingdom and now Black Panther must find a way to defend it. Blindsided by a betrayal and a resulting tragedy, the king is having a hard time trusting anyone, including his sister.