War for Wakanda has a lot of content to enjoy. 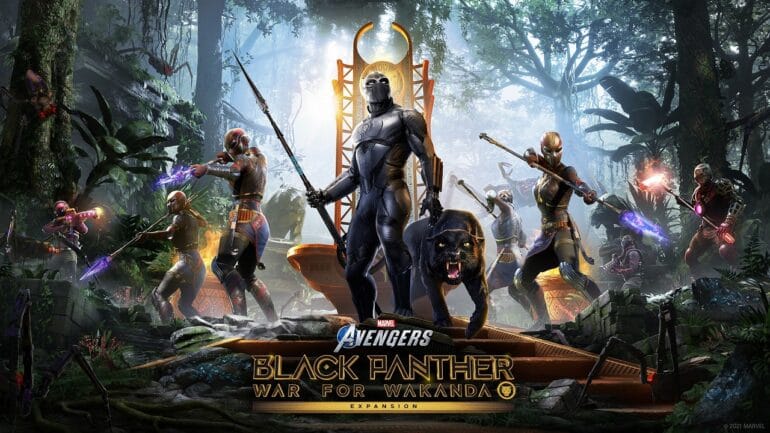 According to Crystal Dynamics on its official PlayStation Blog post, the upcoming expansion will have a lot more hours added to the main game with a new cinematic story content. It will be an original story that picks up years after the events of A-Day. This starts the rule of T’Challa over Wakanda and has closed it off to the rest of the world, but Ulysses Klaw, the big villain has found a way in.

Now it is up to Black Panther and the outsiders, the Avengers, to protect his kingdom, his home.

Black Panther is the new character included in this upcoming expansion and uses martial arts. He will feel different from other Avengers already on the roster. He can use Pounce, Percussive Blast, and Devastating Daggers.

The Assault Heroic for Black Panther is King’s Mercy, which will summon a Vibranium spear and throw it at his enemies. Kimoyo Beads is his Support Heroic, which can hover around an area and support allies or stun enemies. The Ultimate Heroic summons a spectral project of the panther goddess Bast that gives Black Panther a big damage buff.

Enemies will be new and some of them will have Vibranium armor and uses sonic-powered weapons. Klaw commands an army of Crawlers that are of various sizes. He also has his lieutenant, Crossbones at his side.

Players will be exploring the jungles of Wakanda with pitfalls, defense weapons, and light puzzles to solve. A new Outpost is also available, Birnin Zana, the capital city of Wakanda. There, players can find Shuri and Okoye.

The UI has been updated as well with a big major overhaul, which has now put all of the character tabs on an easy-to-navigate page.