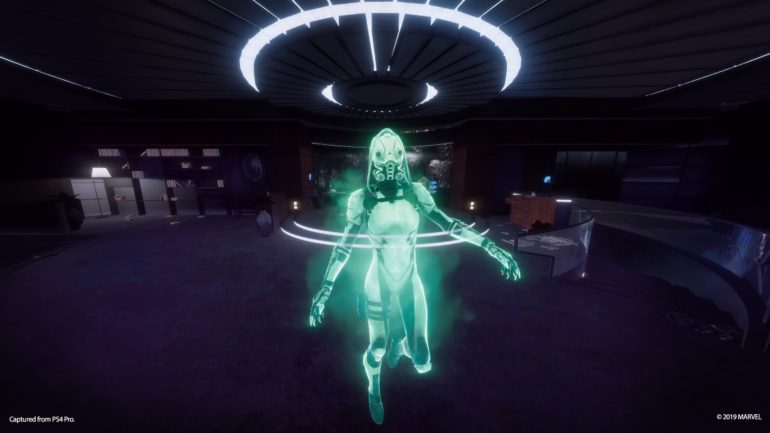 Tony Stark has many villains to fight whether in comics, cartoons, movies, or even in games. Most of them are very iconic to the Marvel universe and the adaptations do their best to appeal to the biggest fans of the franchise. There are other types of medium though that tends to surprise the community with a very different villain, but also somehow clicks with the narrative. Game studio Camouflaj does that with their upcoming PlayStation VR game Marvel’s Iron Man VR.

Camouflaj Founder Ryan Payton shares their story of how they decided in choosing Ghost for the main villain of the game.

At the beginning of the game development, the development team was talking about what could make a great Iron man game. They got inspiration from a classic Iron Man story where it featured Tony Stark as his own worst enemy. This is where they started to grow their idea.

In the movies, Tony Stark was a businessman that dealt with inventing and building deadly weapons for the US army to use. The development team used this idea of making those deadly weapons he created would come back to haunt him in the present day. This is where everyone in the team thought of Ghost as the perfect fit as the villain since she is named as such and she kind of plays like a poltergeist. They wrote her as someone who had a big grudge on Tony Stark and wanted revenge by “reviving” his weapons and using it against him.

Payton noted that Marvel’s Iron Man VR is not based on any kind of universes from the films or other games. This is a unique universe that Marvel Games helped create with them. This is the reason why they had the freedom to choose Ghost as the villain and have her as a woman.

The idea does fit the narrative and she plays the perfect role as a villain. Hopefully in this version she would be more merciless and challenging to fight against. The upcoming VR game will on July 3 for the PS VR.