Interact with other heroes and maybe make deals for gear! 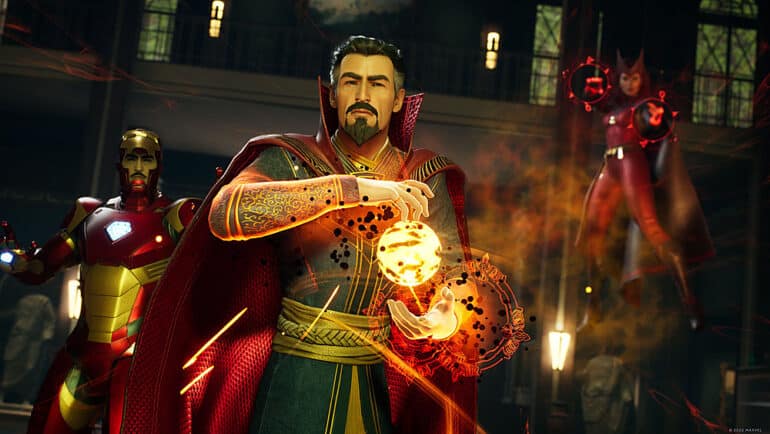 Firaxis upcoming video game Marvel’s Midnight Suns has several features and one of them is the Abbey, a hub where the protagonist Hunter can have a brief respite between battles. According to the developers though, this is not just a regular headquarters as it has several differences.

According to the latest Play Magazine UK (Issue 16, August 2022), unlike previous headquarters from previous Firaxis games, Marvel’s Midnight Suns has a very different hub. The Abbey, as they call it, is a fully explorable 3D base where Hunter can have some R&R and also socialize with his fellow heroes.

Players will be able to interact with the heroes that the Hunter has already recruited during his/her journey like Captain Marvel, Iron Man, Blade, Ghost Rider, Spider-Man, and more. They can talk to them as on their civilian form like Tony Stark, Carol Danvers and more and build their relationship with each. Based on the conversation choices, the bonds between those characters will strengthen and will improve how they work together with the Hunter in battle.

Heroes are the Questgivers and Merchants

Another interesting feature of the Abbey is its questgivers and merchants. No, it will not be an NPC that you will ignore and forget for the rest of the game, but they will actually be the superheroes who will be doing those. They double as the ones giving out the quests and they could also be selling some of those sweet gear that the Hunter might need in battle. It will be quite the different experience compared to the usual Firaxis games like XCOM.