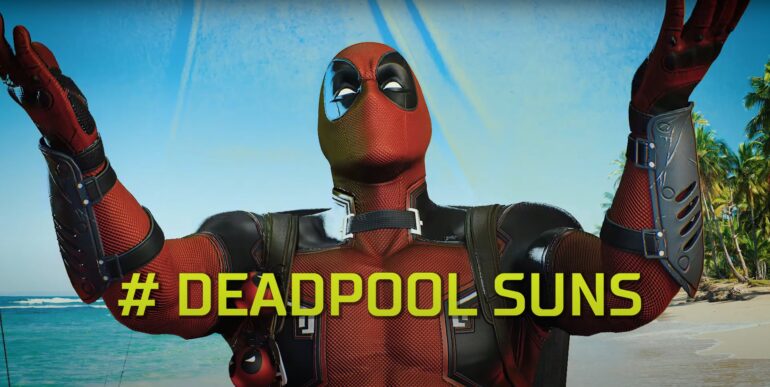 Firaxis and 2K have recently released (might be forced) to release a new video for Marvel’s Midnight Suns with Deadpool in it.

A new video has been released titled “Where the Heck is Deadpool?!” with the popular mercenary in it. It seems this is not the first time Deadpool “forced” his way into the YouTube channel of Midnight Suns and campaigned to join this new elite magical group. He is now here to pitch again for his admittance to the group. It seems to be working, for the most part.

According to DP, it seems some fans want other characters other than him to join the group like Moon Knight, which makes sense since he is a magical being of sorts. Others want Frank Drake, a member of the Order of the Midnight Sons in the comics. He was friends with Blade as well, so it made sense he would at least make a cameo in the game.

Back to Deadpool, he is now campaigning for everyone to let the higher ups know that he is still up for grabs with the hashtag #DeadpoolSuns. He even showed his “artistic” interpretation of his Midnight Suns costume. He is super hopeful the fans will pull him through.

Obviously, Deadpool is joining the team, but maybe he will be on a DLC. Still, everyone wants him on the A-Team though, even Sirus Gaming backs that up. Please let him join Firaxis. PLEASE.