This scene has now happened in all three mediums: comics, movies, and now games. 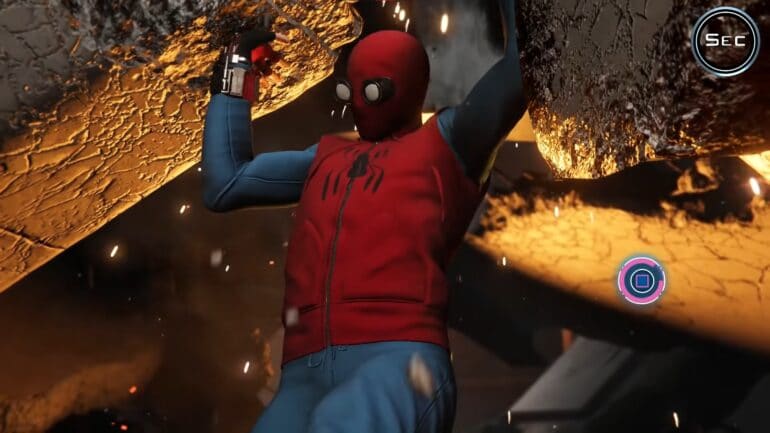 A fan of video game Marvel’s Spider-Man recreates a specific scene from the movie Spider-Man: Homecoming.

The scene that was recreated was actually based from the comics as well and it is a very important one for any Spider-Man. This is the one where the web-swinging hero would swoop in to save civilians getting trapped in between rubble and he has to lift them up with his two hands.

To complete the recreation of the scene in Marvel’s Spider-Man, fan ynSection let the hero wear a certain costume available. The scene in it actually was the one from the first mission where Spider-Man helped NYPD to attack Fisk Tower and catch Wilson Fisk. There are tons of fights and a lot of explosions here where it results in destroying floors of the tower and some civilians get caught in it.

Two civilians get caught in between the rubble, just like in the comics, in the hallway. Players would then need to press the square button a lot in order to command Spider-Man to lift the debris away, but it crumbles further on top of him. The civilians flee right away and Spider-Man avoids getting squashed by the rubble.

In Spider-Man: Homecoming, Adrian Toomes aka Vulture commands his wings to destroy the supporting pillars and that collapses the roof on Peter Parker. Beneath the rubble, he wills himself to lift it all up and escape before it could pin him down.

In the comics, it was a similar where Spider-Man is getting trapped in debris and he had to lift it up to free himself. This was Steve Ditko’s work and it is a legendary scene for the fans of Spider-Man.