Get it on Steam and Epic! 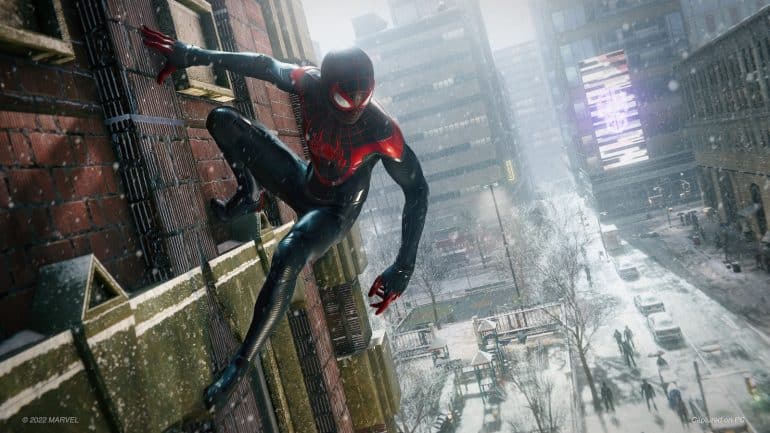 The PC version of the PlayStation hit, Marvel’s Spider Man Miles Morales is finally available on both Steam and Epic Games. PC players will now be able to experience the rise of Miles as the new friendly neighborhood Spider Man.

“When we begin our work on mouse and keyboard controls, first we look at comparable titles and our own previous projects. Those also happen to include third person action-adventure games, so they give us a good idea of what we have tried and tested. Then we make an inventory of all the actions the player can do in the game, which actions occur the most and what combinations are possible.”

What follows next, is a one-on-one mapping. “We simply assign all the buttons from the gamepad to a key or button on the keyboard and mouse. For this first layout, we use key bindings that are commonly found in games, such as the WASD keys for movement and E and F for actions or attacks.”

“Based on that experience, we decided to make dedicated keyboard bindings for actions that use two buttons on a gamepad, like Finisher, Web Strike, Yank & Throw and Zip to Point. This makes it easier to execute these relatively complicated actions.”

The game also has an extensive graphics menu with many customizable features, presets, and quality levels to choose from. These options include ray-traced reflections and ray-traced shadows, Nvidia DLSS 3, and more.