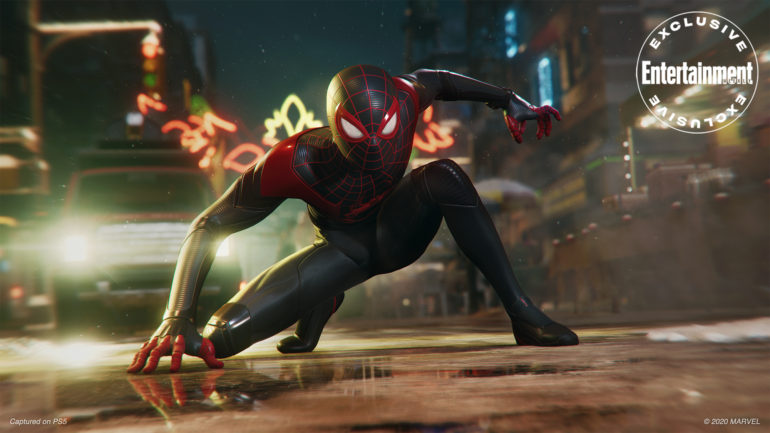 Insomniac Games’ 2018 outing for Marvel’s Spider-Man was a, well, marvel. It was an emotional roller coaster that left gamers wanting more. Though this year’s Miles Morales is just an expansion to that universe, rather than an actual sequel, it delivers more than what this writer originally thought it was supposed to.

The first thing noticeable after the game loads is its upbeat music. Its energy pushes out the inner superhero within, making the hands itchy to finally be able to swing around New York City. Thankfully, it doesn’t take long to be in the middle of the action.

There’s not much to talk about the story, but only because this is just a first impression article, so stay tuned for our full review releasing soon. With that said, the pacing for the story is actually enough to let players jump between side and main missions. That way, when the main focus of Miles Morales’ journey gets a little too twisty or serious for the sensitive gamers out there, they can just choose to partake in emergency requests sent out by in-distress neighbors. These available optional activities are actually good breathers, to explore and relax around the city. Well, at least until a nearby crime alert goes off. Just as the first entry into the series, there’s a lot to do here, and this is only for the first half of the game!

Our titular friendly neighborhood superhero feels so much different to play as, than Peter Parker back in the previous game. You see, Parker is an experienced Spider-Man. He has years of problems with balancing his life as a masked vigilante, an employee, and a nephew to his Aunt. Right now, he’s training the new Spider-Man to be like him, or even better. Miles Morales, on the other hand, is fresh to the world-saving business. He’s young, making him sort of fearless and reckless, ignoring some of his mentor’s rules about being anonymous. So in a way, the game literally introduced problems that the adult Peter Parker from 2018 didn’t have. Problems about growing up with suddenly taking a lot of serious responsibilities.

Miles Morales has an array of new skills and gadgets as well, making combat feel even more amazing than his predecessor. This time around, the new Spider-Man on the block has bioelectric properties to his being. This proves good not just for stunning enemies, but also for solving environmental puzzles.

Different varieties of spider suits are available as unlockables and preorder bonuses. A personal favorite is the one inspired by the Into the Spider-verse movie. This suit comes with an equippable mod that lets Spider-Man move around like how he does in the said movie, with comic-like visible sound effects and 24 frames per second animations. It’s a novelty that adds style. The suits and their mods can be mixed and matched to cater to anybody’s preferred playstyle.

Overall, for the first half of the game, Spider-Man: Miles Morales is a power of an ‘expansion’. Think of it like Uncharted 4’s Lost Legacy, or Infamous Second Son’s First Light. As a standalone title, the game takes a lot of effort into introducing the new Spider-Man to New York, with his own set of struggles. Who knows what the future holds? Be sure to check again Sirus Gaming for my full review.