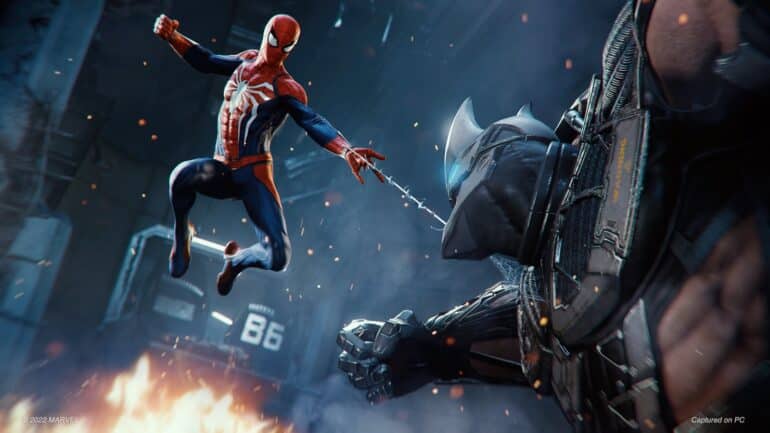 Nixxes Software has announced the launch of Marvel’s Spider-Man Remastered PC is out now with a new launch trailer.

The PC version of Marvel’s Spider-Man Remastered is finally out on PC today and it includes a lot of advantages that the console versions do not have. One of the biggest changes is the support for ultra-wide gaming. It would go up to 32:9 aspect ratio and even go to 48:9 for triple monitor setups. Lead Software Engineer Coen Frauenfelder said, “Swinging through the streets of Marvel’s New York on an ultra-wide screen gives a whole different and more immersive feeling.”

Coen revealed that it was quite a challenge in having the game’s cinematics on ultra-wide monitors, which was too buggy. It will freeze characters or they would suddenly disappear originally, but with the help of their QA team and the dev team, they fixed those bugs and finally made it possible for ultra-wide gaming. For triple monitor setups, cutscenes will have their outer edges blurred.

The system engineers have also made sure that the user interface and menus support wide-screen aspect ratios as well. When players use ultra-wide monitors, they can change the position of the HUD to different positions to their preference.

Marvel’s Spider-Man Remastered for PC is now available on PC via Steam and Epic Games Store. Also check out our review on the PC version by our resident reviewer, “Marvel’s Spider-Man Remastered is another fuel-pumping PlayStation franchise that PC gamers can now experience. While there are just a few more kinks to sort out by Nixxes, the amazing level of optimization the team managed to achieve is surely impressive.”