McDonald’s PlayStation 5 Controller Was Not Planned for Release

The customized PS5 controller was actually not in physical form in the first place. 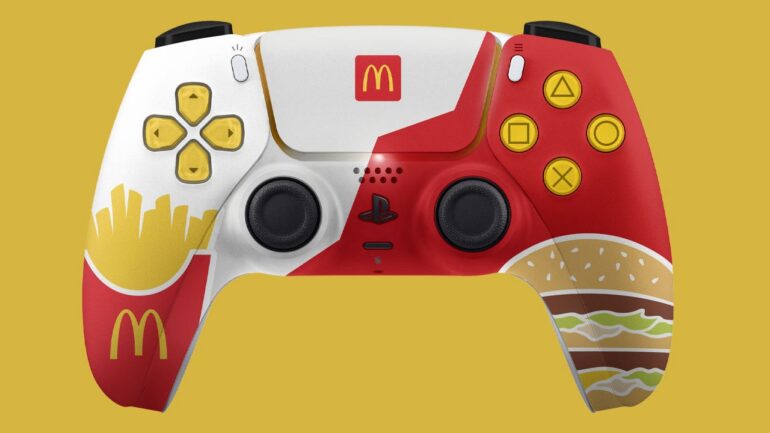 Last week, popular fast food chain McDonald’s Australia branch had announced that they would give away a limited edition customized PlayStation 5 DualSense controller. It seems game company Sony Interactive Entertainment was not happy about that.

According to media outlet Press Start, the customized PS5 controller was going to have illustrations of burgers and fries together with a white, red, and yellow scheme, much like what McDonad’s is. It does look awesome for a controller and would have been released later on. SIE reportedly stepped in and blocked it from ever releasing to the public.

The stream that was supposed to do the giveaways of the controller was postponed, and the fast-food chain restaurant confirmed that it was not anymore available to give away.

“Sony PlayStation has not authorized the use of its controller in promotional materials related to the proposed Stream Week event and we apologize for any inconvenience caused,” stated a spokesperson from McDonald’s. “McDonald’s stream week has been postponed and Sony PlayStation controllers will not be included in the giveaway.”

Later on, it was confirmed that the customized PS5 controller was actually NOT meant to be advertised in the first place. Media outlet IGN revealed that this was just a design, a concept that had never left the planning phase at all. McDonald’s did not even approach SIE for this.

So, for those who were looking for McDonald’s limited edition PlayStation 5 controller and were hoping this could be acquired in a way, then unfortunately that will not happen anymore. It did not exist in the first place.

In the past, a third party company wanted to produce the outer shell of the PS5 with their own customizations, but that got blocked too.