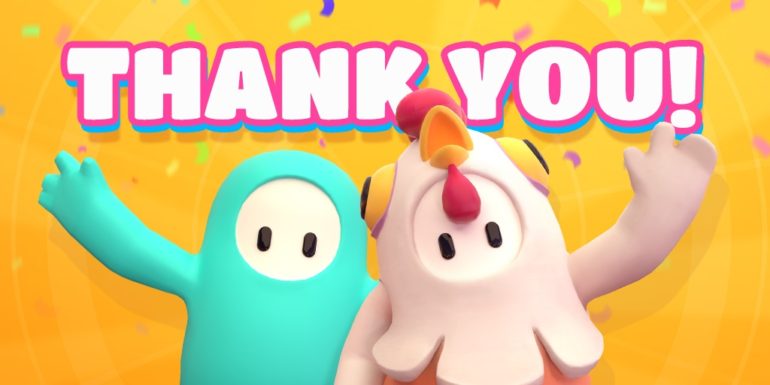 The game developer reflects on this year as their wildest one yet in a new nostalgic video that they made. It features key moments in their gaming history and the interesting fashion designs they wore for entertainment purposes. They also celebrated how they have overcome the great challenges they faced when launching their newest title, Fall Guys: Ultimate Knockout, and did some rejoicing with the festivities last week.

The developers remembered their journey starting from the two Co-Founders, Dave Bailey and Paul Croft, developing viral flash games way back in 2005, to building a dev team with 271 teammates under the Mediatonic banner across London, Brighton, Madrid, and Leamington.

Mediatonic mentioned their game Fall Guys for selling more than 11 million copies on PC and has become the most downloaded PlayStation Plus game of all time. This has gained them a few Game Awards nominations in the process and hoping for a win this coming December 10. They celebrated TimTheTatMan’s first Fall Guys crown that was filmed by ESPN, several brands wanting to start in the game with the event Battle of the Brands, and many more.

The game company is now at the hart of the recently formed Tonic Games Group family with over 300 people strong and 68 new hires in 2020 for Mediatonic alone. They also got the Best Studio accolade at the Develop:Star Awards.

Mediatonic also thanked everyone for the support and for the team who were hard-working.